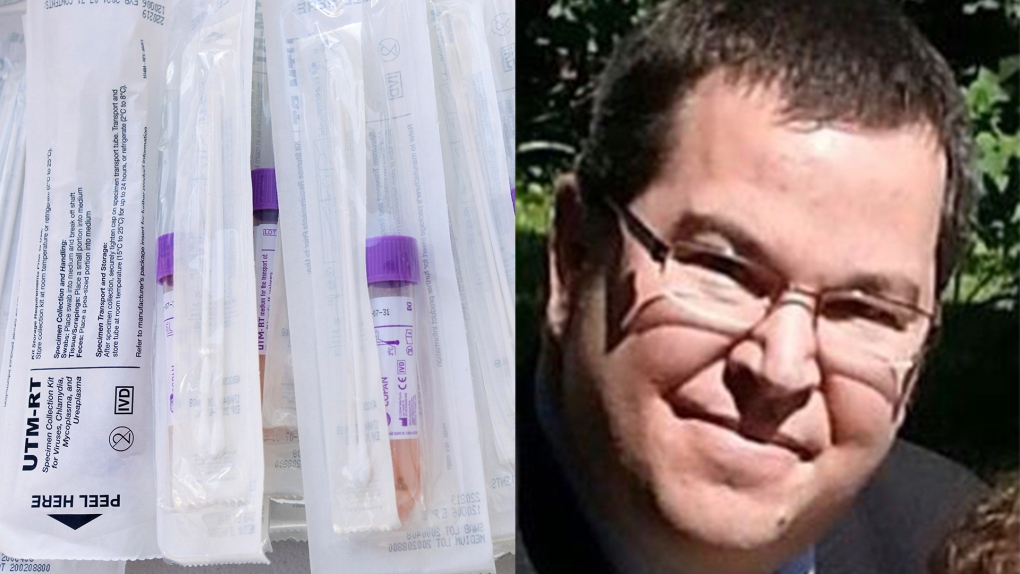 TORONTO -- A Durham man in self-isolation says it’s been 13 days and he is still waiting to receive the results of his COVID-19 test.

Corey Taylor is the one of 10,000 people in Ontario living in limbo, unsure what to do as they wait to find out if they have the sometimes deadly virus.

“I have been in isolation since they did my test and told me to isolate, but tomorrow it will be 14 days since then,” the 43-year-old man told CTV News Toronto.

“I don’t know what I’m supposed to do, I’ve called Durham Public Health for seven days and I leave a message and they say it will take 12 hours but no one has ever called me back.”

The situation in Ontario appears to be worsening as health authorities confirmed another 100 COVID-19 cases Wednesday, bringing the provincial total to 688. Nine virus-related deaths have also reported so far in Ontario.

Taylor said Durham Public Health asked him to take the test after he reported having COVID-19-related symptoms, including a fever and trouble breathing.

He had attended a busy concert days before and told health officials he had a compromised immune system. He went in for testing on March 12.

“I’m doing better now, but I’m more upset that I can't get results and no one will phone me back,” the father of two said.

CTV News Toronto has reached out to Durham Public Health and the Ontario Ministry of Health but has not received a response yet.

A memo sent to residents by Durham Public Health says the agency would be in contact with those waiting for results on a daily basis.

“A person with COVID-19, or awaiting test results for COVID-19, will be placed on self-isolation to prevent spreading the virus,” the note dated March 24 states. “Durham Region Health Department will contact you each day to monitor for signs and symptoms until you are no longer on self-isolation.”

Ontario’s Chief Medical Officer of Health Dr. David Williams has said that test turnaround is currently being prioritized according to need. Patients admitted to emergency departments and intensive care units, as well as healthcare workers are being dealt with first.

Taylor said his two children aged five and seven, who are living with their grandmother, have been finding it difficult to understand why they can’t see their father.

“It’s been tough, they don’t understand. They see things on TV about deaths and they start to worry,” he said.

“It’s frustrating to think there are other people like me just waiting and can’t get any answers.”

Corey said because he’s symptom-free and completed his 14 day quarantine he plans to reunite with his family despite not getting the results back.

“I’m not getting any answers. The plan was to wait to get the results in five to six days. What am I supposed to do?” he said.

“I can’t just stay in self-isolation for months; I don’t know when they will ever get back to me.”

He said being in self-isolation is not easy.