An Ontario man says he is lucky to be alive after a driver followed him home and ran him over in an alleged road rage incident last week.

Justin Smith told CTV News Toronto that he had driven to Westway Plaza, near Kipling and Dixon roads, to pick up food for his family and visit a local pharmacy when he noticed a car parked in a fire route. He said he approached the driver to tell him he shouldn’t be there.

“I guess he didn’t take that kindly, although at the time he didn't say anything to me,” the 39-year-old said from his hospital bed.

It’s about a two-minute drive from the plaza to Smith’s home, and halfway there, while he was sitting at a red light, he noticed the same car pull up beside him. The driver started yelling at him.

Smith said the driver continued to follow him into the complex where he lives. After a short amount of time passed and he realized the driver wasn’t going to leave, Smith exited the car to confront him in front of his building.

“Within a matter of seconds, I heard the engine rev. And that's the moment that pretty much changed everything for me for the rest of my life.”

According to Smith, the driver accelerated and struck him with the vehicle before leaving the scene.

“I just remember being on top of the car. I remember hearing the windshield glass shatter and crack. It felt like an eternity but also so quick.”

Smith said he shattered his tibia, which requires reconstruction surgery, and has extensive bruising all over his body.

“The only part of my body that wasn't affected or hurt or scratched was my face and head. I have no idea how that happened, but I'm absolutely lucky to be alive.”

Police say they were originally called to the scene for a reported “fail to remain with injuries,” but the case is now being investigated as an assault with a weapon.

Officials say that video has revealed two suspects, a man and woman, who were inside the car at the time of the incident.

The vehicle is being described as a silver, four-door Honda Civic. The investigation is ongoing. 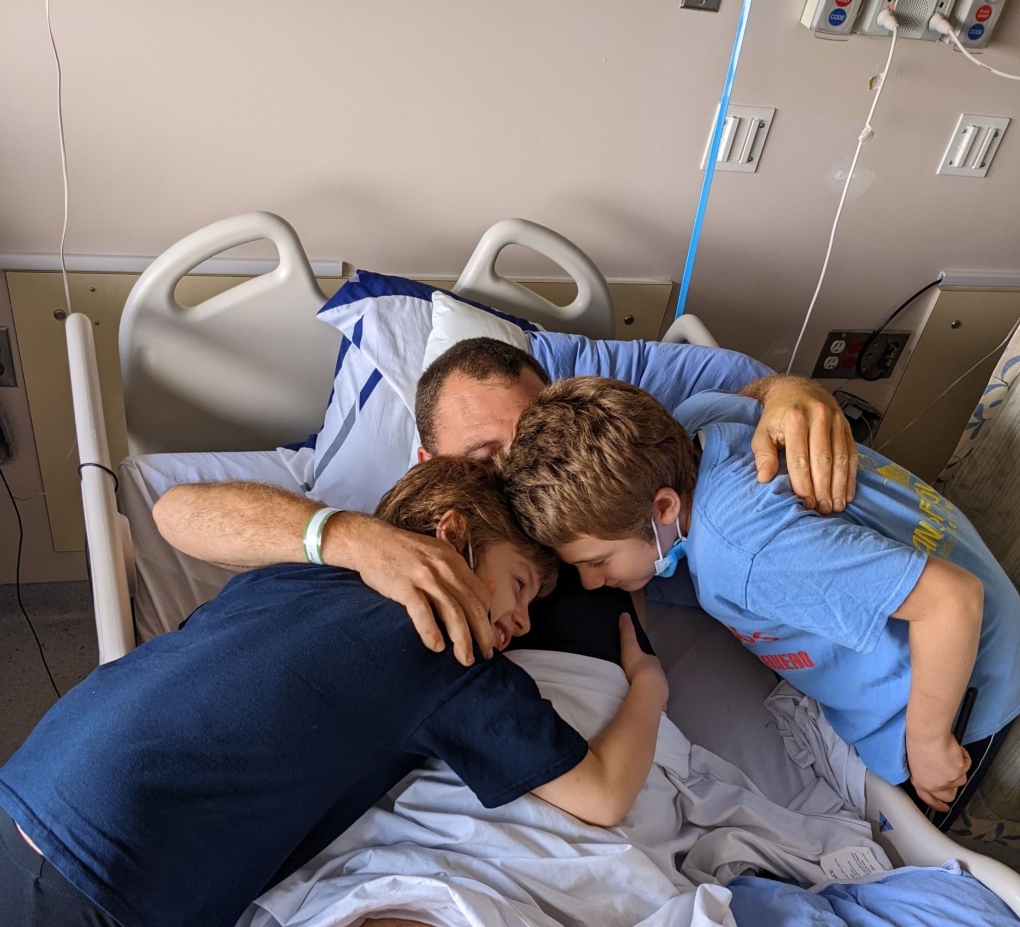 Justin Smith is seen with his kids as he recovers from a road rage incident.

Meanwhile, Smith, who is a father to twin 10-year-old boys, said he is concerned about “uncertain times ahead” as he learns to live with these life-altering injuries. He says he may not be able to walk properly again.

“I might not be able to go back to my regular life. Do what I love to do you know, support my family …play with my kids,” he said. “It's a scary thought.”

A family member set up a GoFundMe page to help support the family during what Smith is sure will be a long road to recovery. The campaign has already raised over $20,000, something Smith says “restores his faith in humanity.”