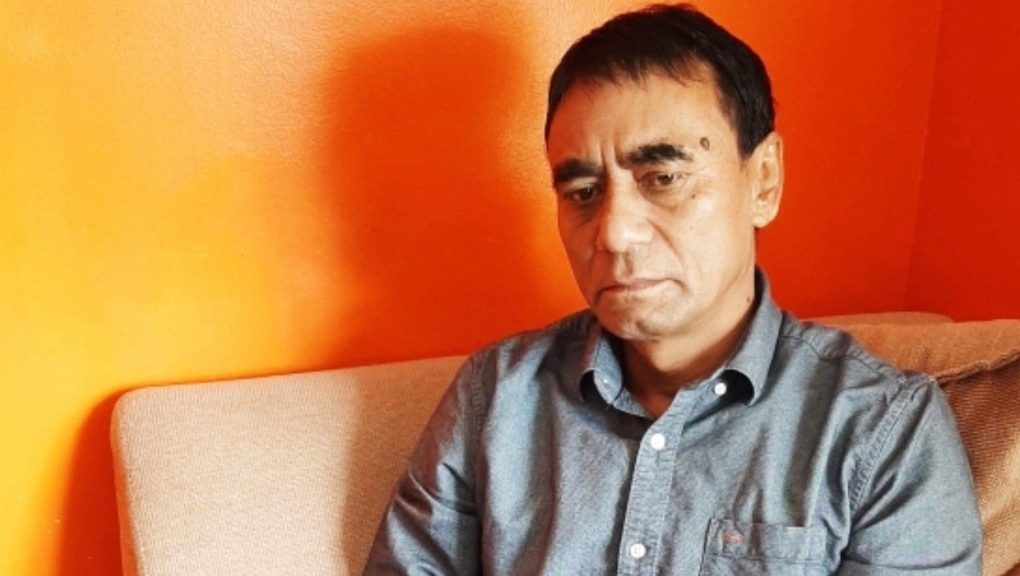 Brampton, Ont. man Ganesh Khatry is seen in this photo. He was scammed earlier this month out of more than $8,200. (Supplied)

TORONTO -- An Ontario man says he was left with only $9 after he was tricked into handing over his life savings to scammers.

Brampton, Ont. man Ganesh Khatry moved to Canada three years ago from Nepal in search of a better life.

He secured a job at his local Walmart, where he worked night shifts in order to pay his rent. Khatry had managed to save more than $8,200.

According to a family friend who spoke to CTV News Toronto on behalf of Khatry because he doesn't speak fluent English, on Oct. 1 he received a call from someone claiming to be "Brampton Police."

Khatry was told that his social insurance number and bank accounts had been compromised.

"As a new immigrant, he was worried that he might lose all his savings in the bank," Eliza Rizal said.

According to Rizal, Khatry was told that his compromised information had been used to open multiple bank accounts in his name and that funds were being used for drug trafficking and money laundering.

He was told by the scammers that he needed to withdraw all the money from his bank accounts and deposit it immediately into a Bitcoin machine to keep it safe.

"He asked several times if he could talk to his friend, who was with him at that time, but the caller said since there was fraud against both his bank accounts and SIN card, he should not be talking to anyone because it might not be safe for him," Rizal said.

Without telling anyone, Khatry said he went to his two banks and withdrew about $4,000 from each account, which was nearly all his money.

Rizal said he then deposited the cash into a Bitcoin machine, where he was told the money would be "safeguarded" until police provided him with a new social insurance card the next day.

"The next day nothing came and that's when he realized he was scammed," Rizal said. "He was left with $9 in his bank account."

Khatry contacted Peel Regional Police but said he was told it was too late and that his money was already gone.

"This investigation is now in the hands of our Fraud Bureau for further investigation," a police spokesperson said.

Rizal said that since being scammed, Kharty has barely left his bedroom. He is now being supported financially by friends.

"He's quite depressed," Rizal said. "He feels a lot of shame, knowing he could fall for a scam like this."

Rizal has since launched a GoFundMe page to help recoup some of the funds Kharty lost. She hopes that the money raised will help him "get back on his feet."

"I would just hope that he knows it’s not his fault, he was a victim of this scam. There's no shame in that."

In June, Peel Regional Police issued a release warning about Bitcoin scams where "suspects identify themselves as police officers from various police services."

Police said "through the manipulation of technology" suspects can make it appear as though the phone number calling from the actual agency being mimicked.