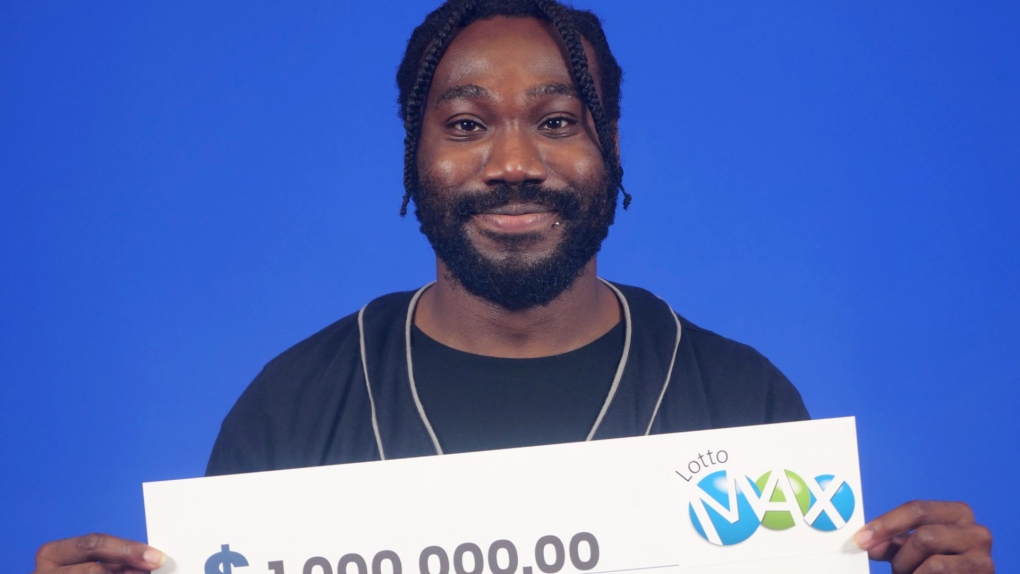 A 24-year-old Ontario man who bought a lottery ticket for the first time says he has been left in complete shock after winning $1 million.

According to the OLG, Mississauga man Nathaniel Marksman won the big prize in the June 3 Lotto Max draw.

"I thought the machine was broken while checking my ticket at the store after seeing all the zeroes," Marksman told the OLG. "I asked the clerk for help, and he told me it wasn’t broken. I was shocked and surprised, then I got in my car and cried happy tears."

Marksman, who works at a toy store, said he immediately called his brother to tell him about the win.

"He was laughing and shocked because it was my first time playing and I won," he said. "I'm on top of the world."

Marksman said he will use the money to help pay off his mother’s mortgage. He said he will also give some of his winnings to his brother so his niece and nephew can "have a safe future."

"I feel I have a chance to live better," he said.

According to the OLG, Lotto Max players in Ontario have won over $7 billion since 2009, including 92 jackpot wins.

The Toronto Blue Jays secured a playoff berth Thursday without even taking the field.

A Winnipeg father who fatally stabbed his three-year-old daughter won’t be eligible for parole for 18 years, a judge ruled Thursday afternoon.

1 in 4 Ontario farmers contemplated suicide in past 12 months: study

There’s no way around it — Farming is one of the most stressful occupations on the planet. “Seventy six per cent of farmers are self identifying as having moderate to high stress levels. In general, that is much higher stress levels than the general population,” said Ontario Federation of Agriculture President Peggy Brekveld.

Russia to annex more of Ukraine on Friday at the Kremlin

Russia planned to annex more of Ukraine on Friday in an escalation of the seven-month war that was expected to isolate the Kremlin further, draw it more international punishment and bring Ukraine extra military, political and economic support.