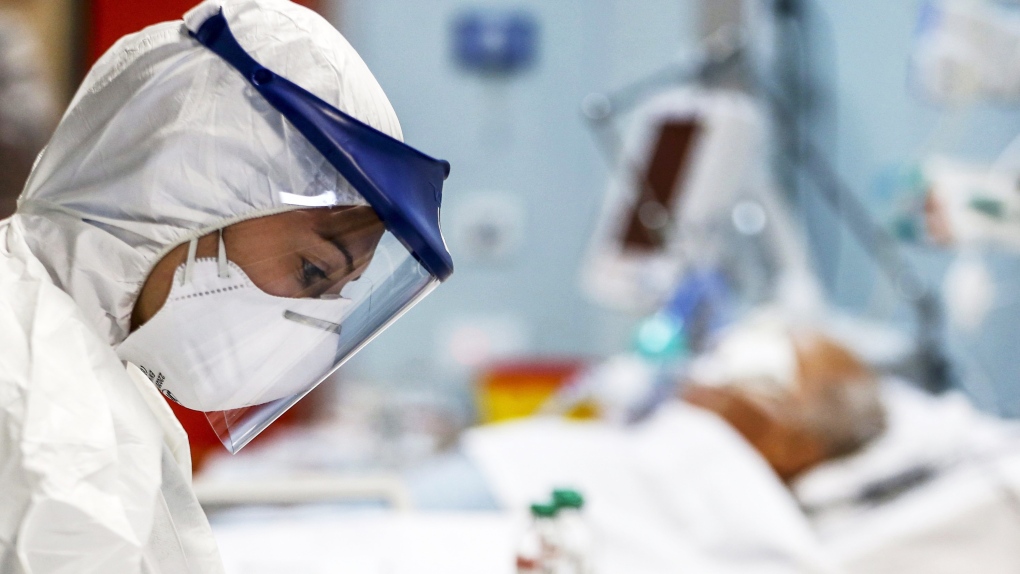 TORONTO -- Ontario health officials reported another 583 cases of COVID-19 on Wednesday as well as one more death.

The daily recorded number of COVID-19 infections has fluctuated over the last five days, moving back and forth between the 500s and 600s following a record 732 cases last Friday.

Wednesday’s new infections mark a slight increase from the 548 reported on Tuesday. Six hundred and fifteen cases were logged on Monday, 566 on Sunday and 654 on Saturday.

Ontario’s total number of lab-confirmed cases of the novel coronavirus now stands at 55,945, including 2,988 deaths and 47,613 recoveries.

At the same time, recoveries outpaced new infections for the first time since early September. The number of active cases in the province has decreased from 5,469 to 5,344

Thirty cases were recorded in people over the age of 80. However, this demographic remains the one hardest hit by the pandemic, with 2,055 lives lost as a result of the disease.

One death has been reported in a person under the age of 20 since the beginning of the pandemic, although it is not clear if the death was caused by the disease or other health issues.

There are 192 people being treated for COVID-19 in Ontario hospitals. Of those patients, 41 are in the intensive care unit and 26 are breathing with the assistance of a ventilator.

Most of the new infections continue to be found in Ontario’s COVID-19 hotspots.

Five other local public health units have reported more than 10 cases of the disease.

The new infections come as Toronto officials urge the province to continue to put forward more restrictions in an effort to curb the spread of COVID-19. The new rules would include putting an end to indoor dining and limiting capacity in gyms.

In response, Ontario Premier Doug Ford has said that he would need “hard, hard evidence” before ordering businesses to close again.

On Wednesday, Toronto Mayor John Tory said that a decision will be coming shortly at a municipal level on whether indoor dining will continue in the city.

There are still more than 55,000 tests being processed.

On Tuesday, the province confirmed they have been sending COVID-19 tests to the United States for processing. The premier has previously acknowledged that the province has reached its limit when it comes to testing for COVID-19 during the second-wave of the disease.