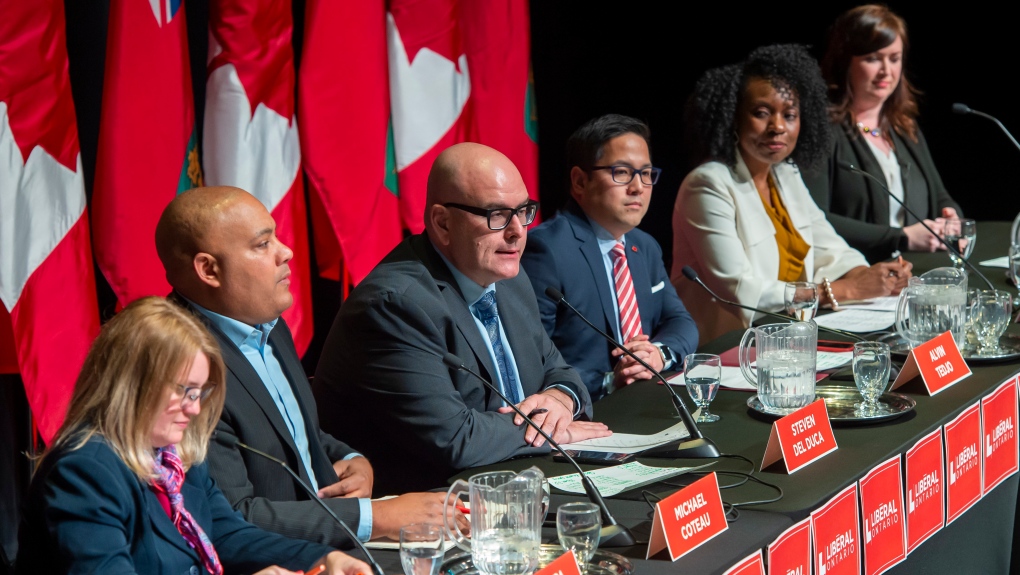 TORONTO -- The candidates vying to become the new leader of Ontario's Liberal party will have to agree to agree.

The six would-be leaders seemed to acknowledge Monday evening that the final debate of their leadership race wasn't much of a debate at all, rather it was more a discussion about coming together to get ready for the next election in 2022, whoever the leader may be.

“That bodes very, very well for us getting out of the convention ... as a united political family.”

Del Duca, a former cabinet minister, has the support of about 43 per cent of the delegates selected for the March 7 convention.

He says he is also close to securing the support of 200 of the approximately 640 so-called ex-officio delegates - largely party heavyweights - which could put him over 50 per cent and mean a first ballot victory.

But that was not mentioned by the candidates during their last debate, rather they spoke of mutual respect and admiration. There was widespread agreement during debate segments on housing, transit, child care and fighting hate.

“If you were coming looking for a hard-hitting debate and the Elizabeth Warren-Michael Bloomberg moment, I think you're leaving disappointed tonight,” said Kate Graham, who ran for the Liberals in London, Ont., in 2018.

The party suffered the worst defeat in its history during the June 2018 election, being toppled from power and ultimately not winning enough seats to maintain official party status.

Graham said the leadership race presents a unique moment for the party.

“This will be the first opportunity when Ontarians are paying attention again,” she said. “We need to be able to say, 'We heard you, we have changed, we understand the things that are important to you.”'

Former cabinet minister Mitzie Hunter said there will be a “tough climb ahead” to the next election, and she wants to see the next leader put party unity first.

“Our province needs us,” she said. “As Liberals, our values align with those of Ontarians, but as a party we have to pull it together so that we are ready in 2022.”

Another former cabinet minister, Michael Coteau, spoke fondly of travelling the province during the leadership campaign, and said the party needs to continue that even after a new leader is selected.

“When you go out there and talk to people and you listen to their voices, it makes you such a better politician,” he said.

This report by The Canadian Press was first published Feb. 24, 2020.