TORONTO -- Ontario has launched its COVID-19 vaccine verification app and QR code system, both of which are now available for download.

Premier Doug Ford's office confirmed to CTV News Toronto that the app was launched on Thursday ahead of an announcement on Friday.

It is not necessary for individuals to download the app. The Verify Ontario app is available in the Apple app store and Google Play.

Ontarians born in the months of May, June, July, and August can download the code on Saturday, and those born in the last four months of the year can access their QR code on Sunday.

On the Ontario Health website, where the code is available for download, the province said the three-day rollout is meant to “ensure a smooth user experience.”

When a proof of vaccination QR code is scanned in the app, it will respond with either a green check, yellow caution sign or a red "X," which means the certificate is invalid.

The yellow caution sign could be issued because the vaccine certificate being scanned was issued outside of Canada, the app says.

CTV News Toronto learned Thursday that Ontario's proof of vaccination requirements could eventually be downgraded to a voluntary program, as the provincial government considers a new set of measures to ease businesses out of pandemic restrictions.

Sources with knowledge of the plan say the Ford government is working on a post-Step 3 strategy that will lift capacity limits on businesses where vaccine certificates are required — a plan that will be announced next week. 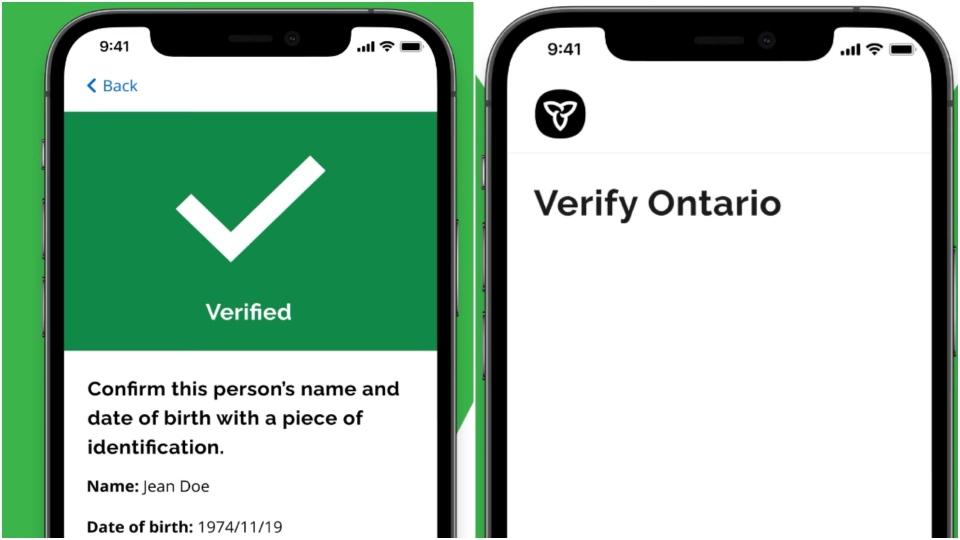 Ford is expected to speak this Friday, one week ahead of the implementation of the provincial proof-of-vaccination QR code, on Ontario exiting Step 3.

Speaking to reporters on Thursday, Chief Medical Officer of Health Dr. Kieran Moore said he expects Ontario to carry out a "phased removal" of vaccine certificates when the time is right.

"We may not require them in some venues but still require them in mass gatherings," Moore said. "We do not see the whole certification process ending suddenly, but having a phased exit from it over time."

Moore said the gradual removal of public health measures "has done us well in Ontario all along" and he wants to continue doing so.

He also said that restrictions in Ontario won't be eased until he can determine the impact of Thanksgiving weekend on the province's COVID-19 situation.

Ontario has been in Step 3 of the "Roadmap to Reopen" since July. The province held off on exiting Step 3 due to an increase in COVID-19 cases in August.

You can watch Doug Ford's announcement on Friday live here.