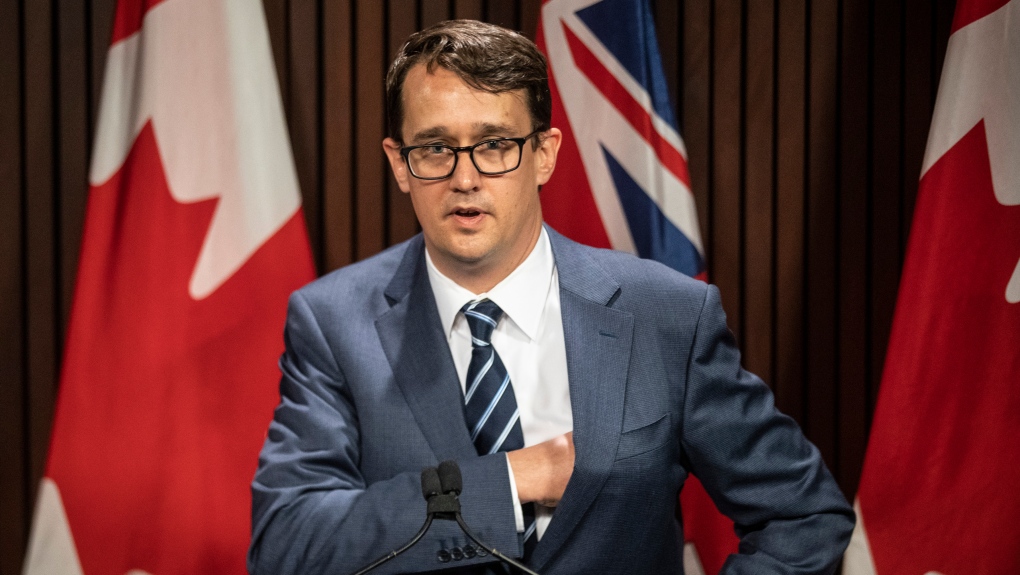 The Ontario government announced a third round of funding set aside for the provincial Skills and Development Fund (SDF) Monday in an effort to alleviate the provincial labour shortage.

In a press conference in Hamilton Monday morning, Ontario’s Minister of Labour Monte McNaughton announced an investment of $90M into programs across the province assisting unemployed and underemployed residents find work.

Monday's investment is in addition to the $15.8M laid out for the SDF in Ontario’s 2022-23 provincial budget.

This round of funding will prioritize programs “helping people with prior involvement in the criminal justice system, at-risk youth, those with disabilities, Indigenous people, Ukrainian newcomers, and others facing barriers to employment,” the ministry said.

Speaking to CTV Toronto Monday, McNaughton said this round of funding will attempt to bolster the provincial workforce, while also “really giving people a second chance.”

“Today in Ontario, almost 400,000 jobs are going unfilled, and it's right across all sectors,” McNaughton said. “And across Canada today, there's 4 million people who have a criminal record, which reduces the chance of a second interview by at least 50 per cent.”

“There's a real focus on helping people out, giving them a second chance and getting them into purpose driven careers.”

The ministry says eligible programs can begin to apply for funding starting Sept. 29. Applications will remain open until Jan. 31, 2023.

Interested programs or organizations can apply through Transfer Payment Ontario.

The unemployment rate in Ontario rose 0.4 percentage points in August to about 5.7 per cent, according to Statistics Canada.

Prime Minister Justin Trudeau visited Monday the graves of victims of a deadly stabbing rampage at a Saskatchewan First Nation before he was to meet with family members in private.