TORONTO -- An Ontario health-care worker who received a ticket last year for having an expired licence plate sticker says she was told to drive eight hours to Quebec to attend court in-person despite the current lockdown and border closure.

Sarnia, Ont. woman Sarah Gould said she got a $489 ticket in the mail two weeks after a short trip to Chelsea, Que. last September.

The 22-year-old admits she was driving with licence plate stickers that had been expired for two months, but was under the impression she didn't have to renew them because of the COVID-19 pandemic.

Police departments in Ontario have been told they're not allowed to ticket anyone for having an expired sticker.

"We spent the afternoon in Quebec and then we came back to Ontario," Gould, who was a university student in Ottawa at the time, told CTV News Toronto. "Then a couple weeks later I got this ticket in the mail saying I failed to register my vehicle."

Gould said she responded, pleading not guilty, but didn't hear anything more until March 2021 when she received a letter with her court date, which is set for May 5. 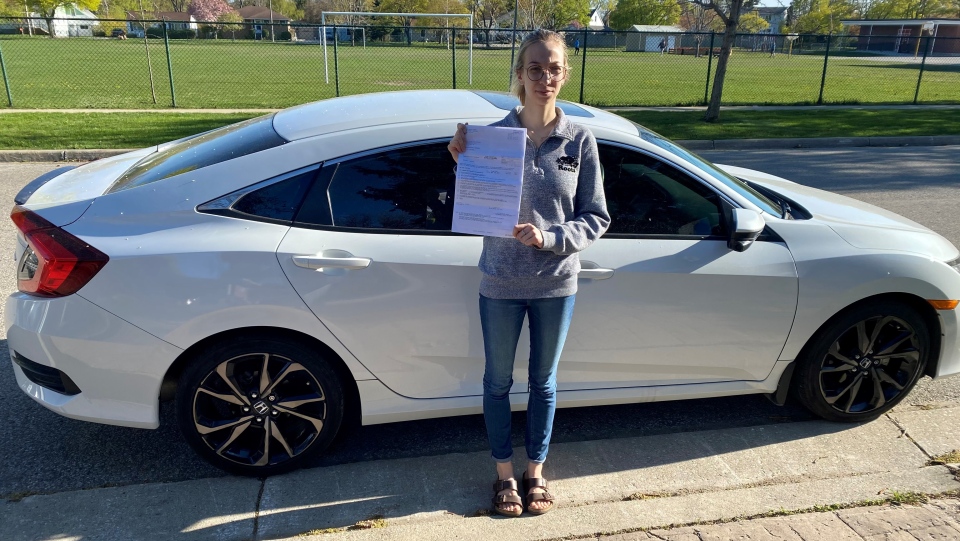 "I called them to ask what their protocol is right now because I'm an Ontario citizen, we have a stay-at-home order right now, and the borders are supposedly closed, and they said to come anyways because it's essential," Gould said. "I am expected to appear in person."

Gould, who currently works as a respiratory therapist and helps treat COVID-19 patients on ventilators, said she feels uncomfortable making the trip.

"I work in a pretty high-risk environment," Gould said. "Going would entail an eight-hour drive across the province. I don't really think that travelling across the province, stopping at rest stops on the way, potentially spreading stuff to another province is ideal at this time."

Gould said she would also have to spend one night in a hotel to complete the 16-hour round-trip drive.

She said she's also not certain she will be allowed to cross the Ontario-Quebec border because of the current restrictions that are in place.

"How am I to know they'll let me through? Like if I drive all that way and then get declined? That would be awful," she said.

Gould said she's still undecided on whether she will make the trip, as the cost of the driving, as well as a night in hotel, will also be expensive.

She would also have to take a day off work.

Gould said she's frustrated she's having to make these decisions over a ticket she believes she never should have received. 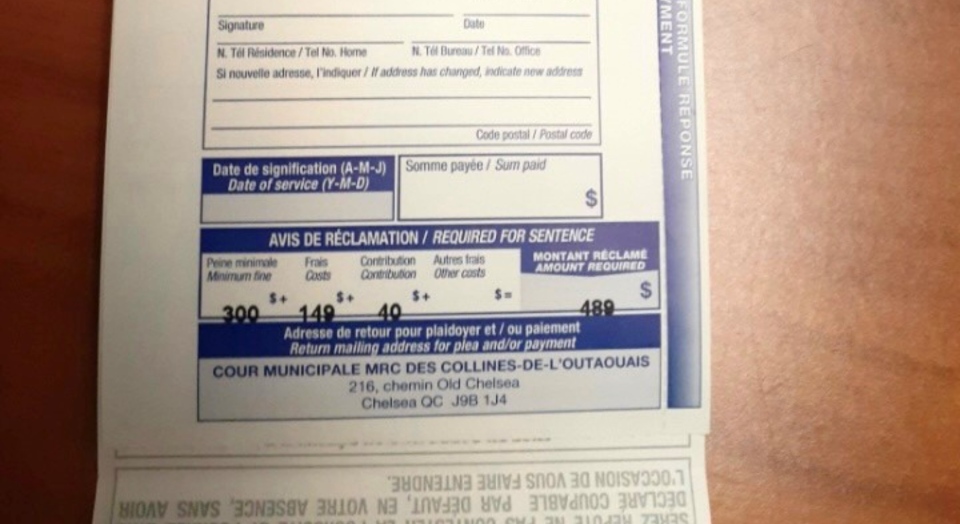 In a statement to CTV News Toronto, the Ministry of Transport said that driver's licence stickers that expired on or after March 1, 2020 remain legal past their expiry until further notice.

The Ministry of Transportation said they have communicated these changes to law enforcement agencies in Canada and the U.S.

Despite that, the Ontario government does advise drivers leaving the province to renew their licence plate sticker before travelling.

For drivers who are not able to renew their documents before travelling, the Ontario government has posted a letter to its website for people bring with them when they leave.

The letter was issued in December 2020 and was not available at the time Gould went to Quebec.

Ontario to move to Step 2 of reopening ahead of schedule allowing for haircuts, indoor gatherings