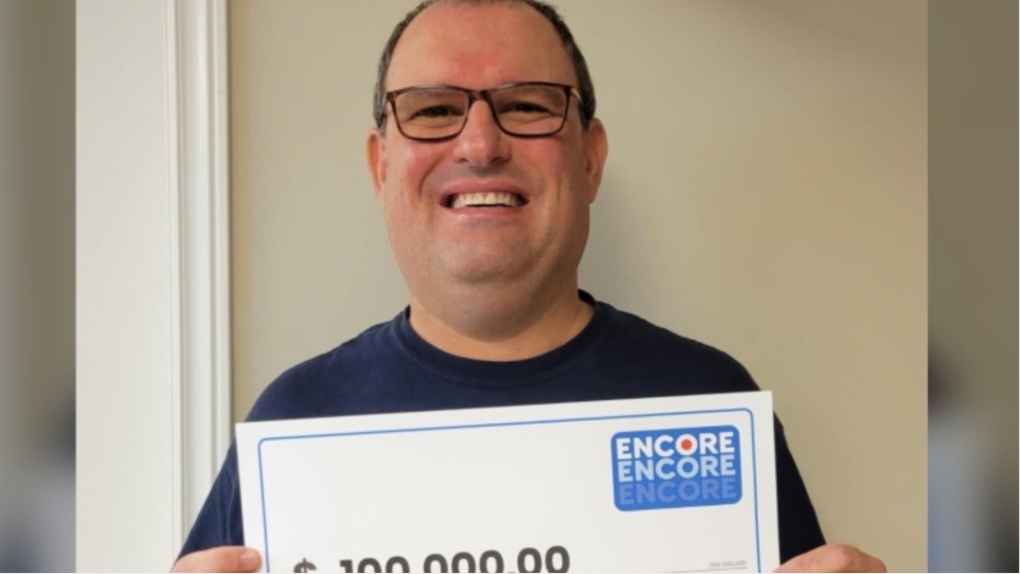 A group of eight people from the Greater Toronto Area has turned $1 into $100,000 after purchasing an OLG Encore ticket.

The prize stems from the Lotto Max draw on April 1, which saw a Regina resident win $70 million -- the largest ever to be won in the western Canada lottery region.

The group includes individuals from Toronto, Thornhill, and Richmond Hill who matched the last six of seven Encore numbers from that draw in exact order. The windfall will make each group member $12,500 richer.

A smiling Eric Cohen was seen picking up the cheque for the group in a news release issued by the Ontario Lottery and Gaming Corporation Thursday.

OLG said the ticket was purchased at a gas station on Stouffville Road in Gormley, Ont., just northeast of Richmond Hill.

Encore can be played in conjunction with most lottery games in Ontario for an extra $1 and there is an Encore draw every day, the OLG said.

Thursday’s news comes after the OLG said four winning Maxmillions tickets worth $1 million each were sold in York Region, Peel Region, Oshawa, and on OLG.ca.

In that case, the grand prize from the June 21 draw was not won and pushes Friday’s Lotto Max jackpot to $65 million.

Newly discovered asteroid makes one of the closest approaches of Earth

An asteroid the size of a box truck made one of the closest passes of planet Earth ever recorded.

Retain nurses before recruiting nurses from other provinces: association

Efforts to lure nurses from other provinces are underway in several parts of the country, but the head of a national nurses association says the poaching won't solve anything unless working conditions are improved.

Auschwitz-Birkenau survivors and other mourners commemorated the 78th anniversary Friday of the liberation of the Nazi German death camp, some expressing horror that war has again shattered peace in Europe and the lesson of Never Again is being forgotten.