Ontario govt ordered to pay $3.5M to company at heart of 2003 tainted-meat probe

Ontario govt ordered to pay $3.5M to company at heart of 2003 tainted-meat probe 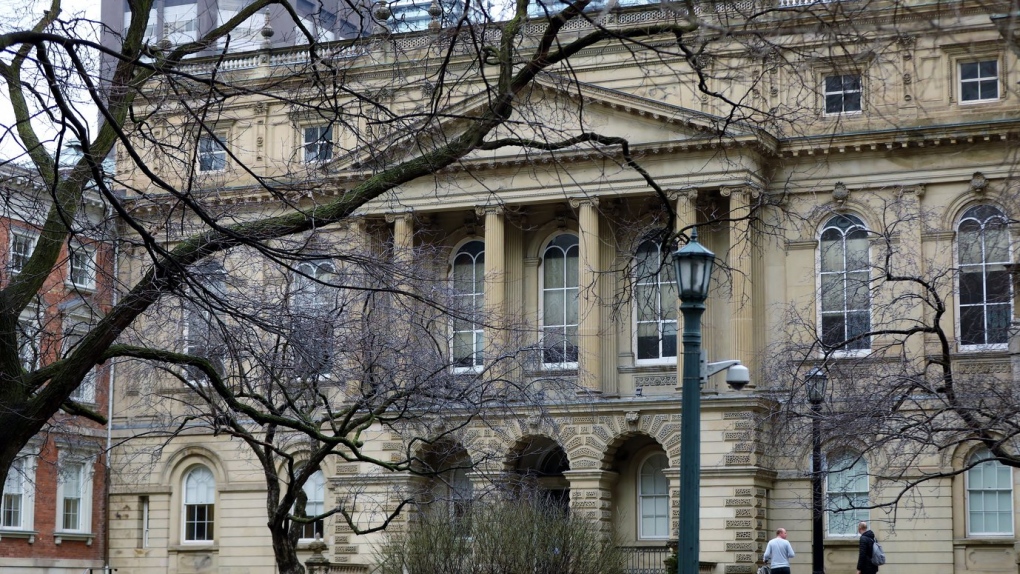 The Ontario Court of Appeal is seen in Toronto on April 8, 2019. THE CANADIAN PRESS/Colin Perkel

Ontario's highest court has ordered the provincial government to pay $3.5 million to a company at the heart of a tainted-meat scandal nearly two decades ago, pointing to the province's "litany of bureaucratic ineptitude" in temporarily taking over the business.

In a decision released last week, the Court of Appeal for Ontario ruled the provincial Ministry of Agriculture, Food and Rural Affairs owed a duty of care to Aylmer Meat Packers and its owner, Butch Clare, when it took over the company's abattoir in 2003 amid its sprawling tainted-meat investigation.

The ministry took control of the plant for 19 months before returning it to Aylmer, but "by then the business was destroyed," Justice Peter Lauwers wrote for the three-member panel.

The appeal centred largely on Clare's lost opportunity to sell the plant due to the government's takeover of the abattoir. "But for the ministry’s occupation, Mr. Clare would have been able to sell," Lauwers wrote.

Aylmer and Clare had sued the province for negligence, trespass and conversion and sought damages, but their claim was dismissed at trial. Lauwers said the trial judge erred in several ways, including by conflating the province's duty of care with the standard of care.

"In my view, the ministry's duty of care was to ensure that its regulatory actions did not unreasonably or unnecessarily harm Aylmer’s business interests," Lauwers wrote. But its actions in taking over the plant did harm the business, he wrote.

Aylmer's lawyer Jonathan Lisus, said the appeal court was rightfully concerned about the intrusive powers of the ministry. "The lesson of it is that the court will hold regulators accountable for the consequences of their conduct," Lisus said.

The Ontario Ministry of Agriculture, Food and Rural Affairs declined to comment. A spokesman with the province's Ministry of the Attorney General said the province is reviewing the decision but would not comment further.

The ruling said Aylmer Meat Packers was considered one of the busiest abattoirs in the province, specializing in processing cows at the end of their dairy production and cows that were unable to stand or walk but otherwise healthy for slaughter.

In 2003, a confidential informant told the ministry the plant in Aylmer, Ont., southeast of London, Ont., was illegally processing sick and disabled cows, as well as cows that had died other than at slaughter -- all of which are against the law, the decision said. The informant also alleged the company used an illegal federal stamp on uninspected carcasses, the decision said.

That prompted covert surveillance of the plant by Ministry of Natural Resources inspectors between May and August 2003, the decision said. Those inspectors saw suspicious activity and the ministry, along with Ontario Provincial Police officers, raided the abattoir, the judge wrote.

After the raid in 2003, the Ontario Ministry of Agriculture, Food and Rural Affairs took control of the plant, which ceased business that day, the appeal decision said.

"What followed the ministry's initially appropriate actions in detaining the meat was a litany of bureaucratic ineptitude," Lauwers wrote.

Aylmer refused to voluntarily condemn the meat, so it sat in the freezer, the decision says. But the freezer began to break down in 2003, not long after the ministry took over.

"The meat spoiled because the ministry, having noticed the malfunctioning freezer in September 2003, took no steps to repair it for 10 months," Lauwers wrote.

The freezer would have cost $20,000 to fix, but court heard during the civil trial that the ministry "generally wanted to avoid such a 'spend,'" even though it was already paying about $40,000 per month on security costs.

After the raid, Aylmer lost its abattoir licence, so Clare looked to sell it, the ruling said. It was a good time to sell meat processing plants, with another of Clare's abattoirs in Kitchener selling for $5.5 million.

"The ministry’s wrongful occupation of the plant included the presence of security, a locked freezer and a deteriorating plant in disarray," Lauwers wrote. "These are clearly not features that would entice a buyer."

This report by The Canadian Press was first published Aug. 16, 2022.