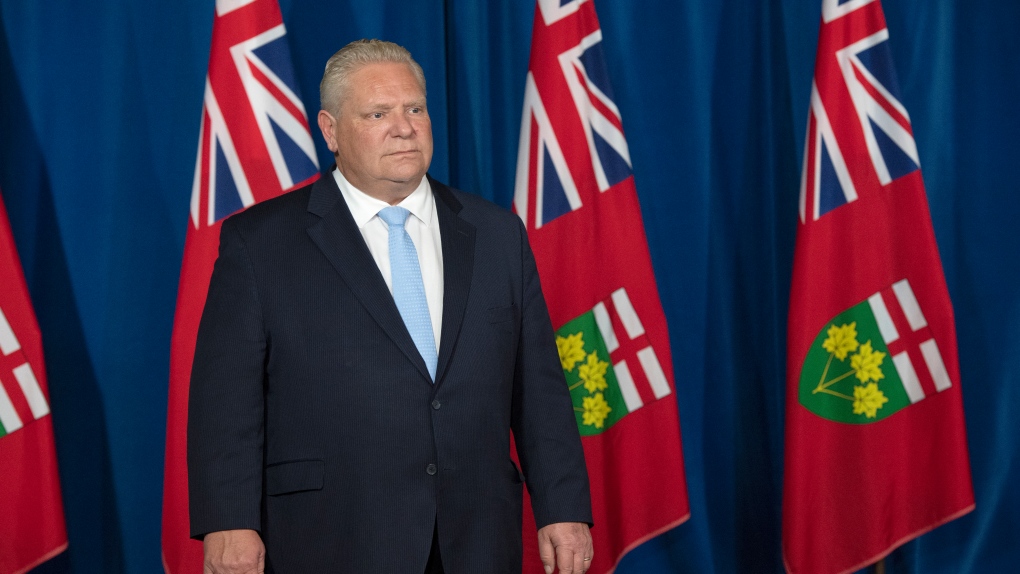 Ontario Premier Doug Ford listens to questions at the daily briefing at Queen's Park in Toronto on Tuesday November 17, 2020. THE CANADIAN PRESS/Frank Gunn

TORONTO -- Ontario's Progressive Conservative government says "there is no room for hate" within its party, even as it fast-tracks legislation that would grant Charles McVety's Canada Christian College university status.

McVety, a staunch ally and supporter of Premier Doug Ford, has been accused of espousing views that are homophobic, Islamophobic and transphobic -- and his appeal to convert the private college into a university has been the source of intense debate at Queen's Park.

The controversy came to a head on Monday when the NDP introduced a symbolic motion calling on the Ontario legislature to "condemn the extreme and hateful invective of Charles McVety and oppose any efforts to make Canada Christian College into an accredited university."

The motion was passed by a vote of 29-27, as several Progressive Conservative MPPs appeared to abstain from voting along side their government, potentially exposing an internal rift over the legislation.

While 27 PC MPPs cast a ballot against the motion, another 30 members of the government who were present at Queen's Park refrained from voting, without providing a reason.

NDP MPP Catherine Fife said the vote didn't surprise her because government members have been "squirming" in the legislature every time the topic arises.

"The PC members understand, and they must be hearing from their communities as well, that this special treatment that Charles McVety is deeply harmful for the people across this province, and undermines the work that we are currently doing in this house," Fife said.

"This is pretty black and white. You either believe in tolerance, diversity, equality ... or you don't," said Liberal Leader Steven Del Duca.

Prabmeet Sarkaria, the Associate Minister of Small Business and one of the PC MPPs who voted against the motion on Monday, said he was standing up for the process of converting colleges into universities and said the government does not tolerate hateful rhetoric.

"There is no room in this province for you know, any, whether it's hateful rhetoric ... I do not support any attacks on any community group," Sarkaria told reporters on Tuesday.

The government, however, also passed a motion that would fast-track the legislation, by limiting the amount of debate legislators can have on the bill, prompting more criticism from the NDP.

"A motion of the legislature did pass, calling for the condemnation of this direction, and yet the government is still plowing ahead," Fife said.

"And that shows really where Doug Ford's priorities are. They are squarely with McVety."