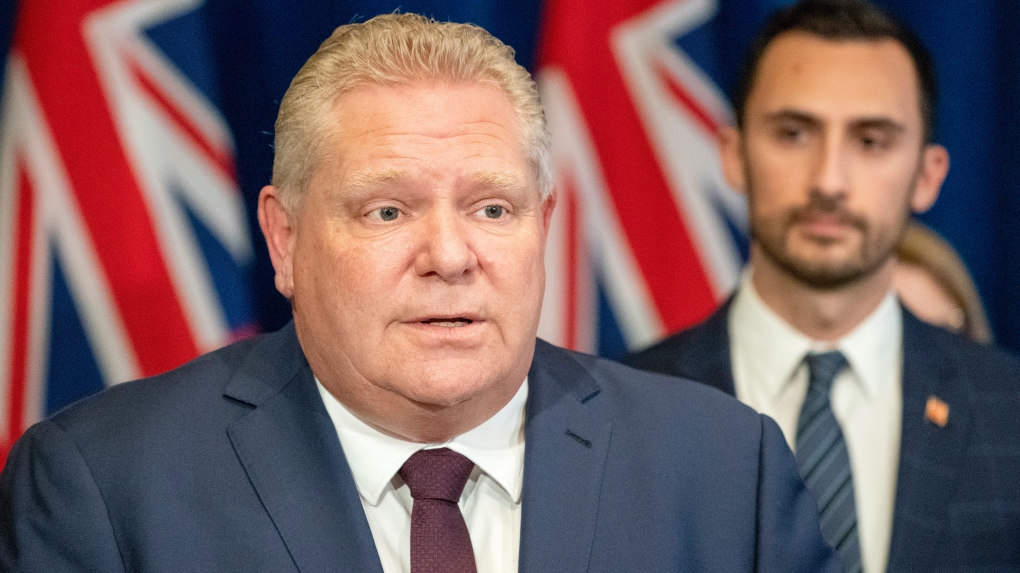 Between August 2019 and July 2020, Ontario tax payers shelled out a total of $907,986 on meeting rooms, accommodation and meal expenses for provincial staff during tense negotiations with unions, which often went late into the night and spilled into weekends.

The documents were obtained by the Canadian Taxpayers Federation through a freedom of information request and verified by CTV News Toronto.

The Ministry of Education was charged more than $814,408 for meetings rooms and office space at the Sheraton Hotel in downtown Toronto, where the bulk of negotiations between the education unions and the government took place.

Some rooms were also used by Education Minister Stephen Lecce to hold news conferences to announce deals with some unions.

The government also shelled out $21,438 for staff meal expenses – which the ministry says were not ordered through the hotel – and another $72,121 for staff accommodations.

The Ministry of Education document noted the figures “do not cover any bargaining expenses for the associations, federations or unions themselves.”

A spokesperson for Education Minister Stephen Lecce said while unions and the government traditionally meet on neutral ground – such as the Sheraton Hotel – the province did not pay for any costs incurred by the unions.

The costs associated with shared meeting spaces were also split between the parties at the negotiating table, the government said.

Jasmine Moulton, the Ontario Director of the Canadian Taxpayers Federation, said in a statement that the expenses incurred by Ontario tax payers don’t include the “actual negotiating costs” such as legal fees and blasted the government for the hefty bargaining bill.

“The Ontario government needs to focus on delivering services such as education efficiently instead of burning through taxpayer cash on negotiations with union bosses at an expensive hotel venue [in] downtown Toronto,” Moulton said.

The previous Liberal government was criticized for spending $2.5 million during a round of bargaining with education unions – a portion of which was used to reimburse unions for their negotiating costs.