Ontario drivers should get a break at the pumps this weekend as the provincial government slashes its portion of the gas tax but at least one industry analyst is warning that the relief will likely be temporary.

The Ontario government is set to reduce its portion of the gas tax by 5.7 cents per litre for six months, beginning on Canada Day.

Canadians for Affordable Energy President Dan McTeague tells CP24.com that the move could help push prices down by “as much as seven cents a litre” on Friday, which would bring the average cost of a litre of fuel in the GTA to 195.9 cents per litre in time for the holiday weekend.

But McTeague said that prices are likely to rise in the coming weeks.

READ MORE: This is how much more your summer road trip will cost with current gas prices

“Despite what the provincial government has done, despite the fact that after September 15 we shift from expensive summer gas to cheaper winter gasoline, the fundamentals continue to point to much higher prices at pumps, unless we see a global recession and I don't see that happening,” he said. 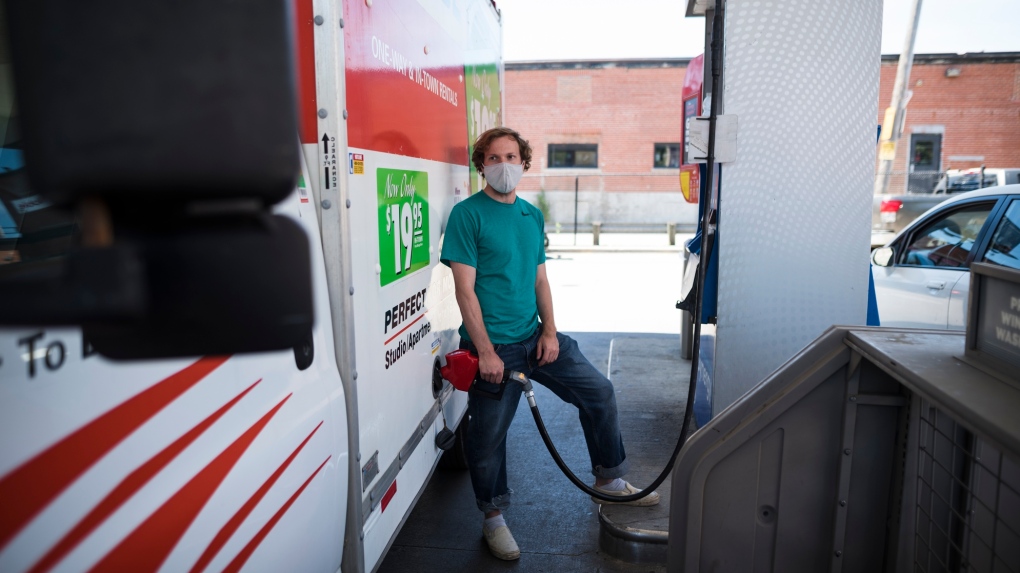 Colin Cote fills up a u-haul truck with gas at a Esso gas station in Toronto on Tuesday, June 15, 2021. THE CANADIAN PRESS/ Tijana Martin

“I know there's going to be interest rate hikes, they are going to make for days where the market jitters. But what we see is pretty much what we're going to get for the first couple of weeks of July and afterwards I think we're going to be marching towards $2.20 and maybe even $2.25 per litre.”

The cost of gas his risen by more than 40 per cent so far in 2022, with much of the increase being fueled by supply chain issues related to the war in Ukraine.

Looking ahead, McTeague said that he expects the price of oil to go as high as US$130 per barrel this summer, which will place continued upward pressure on gas prices.

He said that the federal government’s forthcoming Clean Fuel Standard, which will be released in July, will also “set in motion the wheels to drive prices up even higher” but probably not until next year.

The good news for drivers, at least this weekend, is there might be some cheaper gas outside the GTA.

McTeague said that many of the smaller communities outside of Toronto tend to pay three or four cents less per litre, especially on weekends.

“My advice if you're heading up to cottage country, more than likely the prices will be at or cheaper than what you're paying here in Toronto,” he said.

For the second time in less than a month, a resident of Ashcroft, B.C., died while waiting for health care.