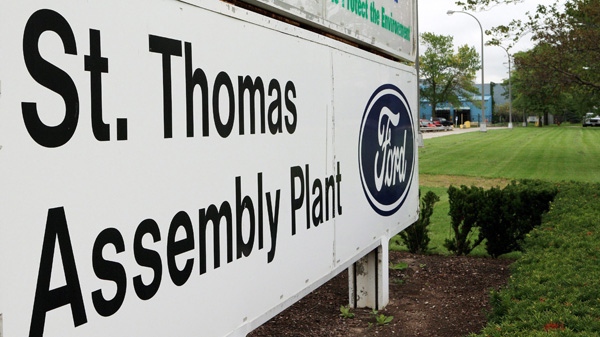 There aren't going to be any more Ford vehicles being pumped out of the assembly plant in St. Thomas, Ont.

That's because the automaker is shutting down the plant after 44 years of operations.

When the last of the plant's 1,200 hourly-paid employees head home on Thursday, they will officially be out of work.

Only a decade ago, the St. Thomas plant employed 3,600 people.

Plant employees had been informed of the impending closure in 2009, but many held out hope that their jobs would somehow be saved.

Some 800 departing workers will now rely on job-search and retraining assistance to find new employment.

Ford offered a limited number of transfer opportunities for its St. Thomas employees, as well as some early retirement packages. These measures were worked out with the union in advance of the plant closure.

The automaker says it remains committed to Ontario, citing recent investments in its engine plant in Windsor and assembly plant in Oakville.

For many years, St. Thomas had a thriving manufacturing industry, with Magna, Ford and Sterling plants providing many good jobs to local residents.

But the city has been hit hard by the decline of the auto sector in the recent recession.