When Dale Kennedy of Scarborough, Ont. had some water in her basement this past October she was concerned she could end up with a flooded basement.

“I had a backup in my basement and water coming in and I didn't know what to do," said Kennedy.

The senior went online and found a plumbing company that could come over to check the problem right away. Kennedy was told she had a breakage in a sewer pipe near the exterior wall at the front of her house.

Kennedy was told the problem could be repaired but would require an excavation, take three to five days and cost her $33,335.

Kennedy signed a contract to do the work, but immediately became concerned after the plumber left and contacted her son.

Her son advised Kennedy to call another plumber for a second opinion.

“The other plumber came and he looked down there and an hour and a half later he had the problem solved. It was tree roots,” said Kennedy.

The other plumber was able to remove the roots from a sewer pipe and charged her $1,700. 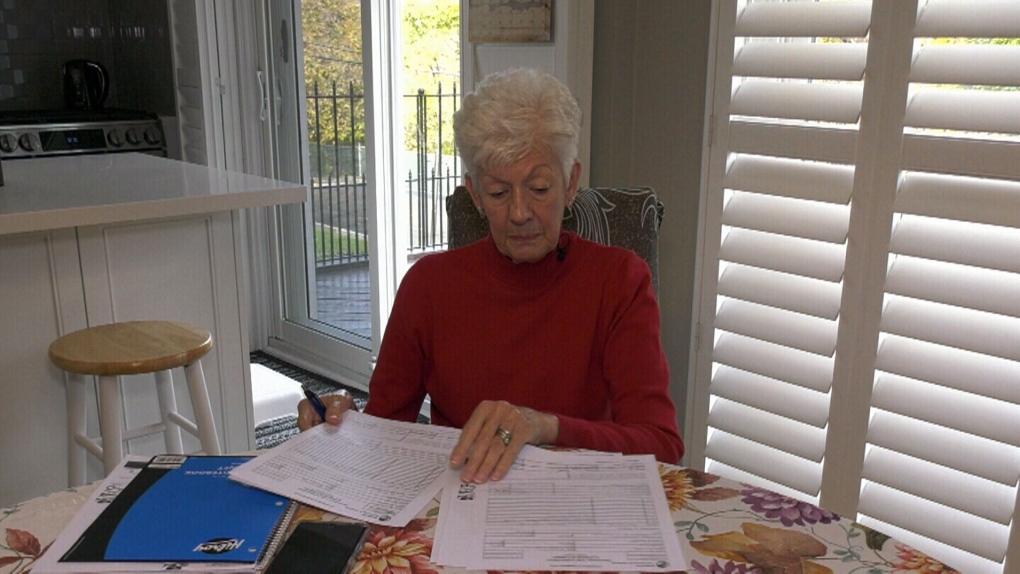 Dale Kennedy is seen in this undated image.

Sayuri Dominguez, also of Scarborough, had a leaking toilet this past September and also went online and found a plumber who could come right away.

Dominguez said she was shocked when she was quoted $15,255 to repair her plumbing issue.

“When I asked him about my options and he didn't give me any, he said he couldn't give me a timeline when it could explode so I got scared and agreed to this," said Dominguez.

Dominguez said after she signed the contract she became concerned and called her stepfather John Tarver who went over, found it was a broken flange at the base of the toilet and he was able to repair it for about $50.

"We went to Home Depot, got the part and in an hour and a half it was done," said Tarver.

Both families signed contracts with Superior Plumbing and Heating. CTV News Toronto contacted the company about the price differences and Fred Ross, Customer Relationships Manger said, “At Superior Plumbing & Heating we always strive for superior service for our customers. Solutions we offer are always turnkey remedies, not quick patches. We always stand behind our work and our exceptional full year warranty on all services we provide is proof to that. We also regularly check our prices with competitors to ensure that we offer market competitive prices to our clients.” 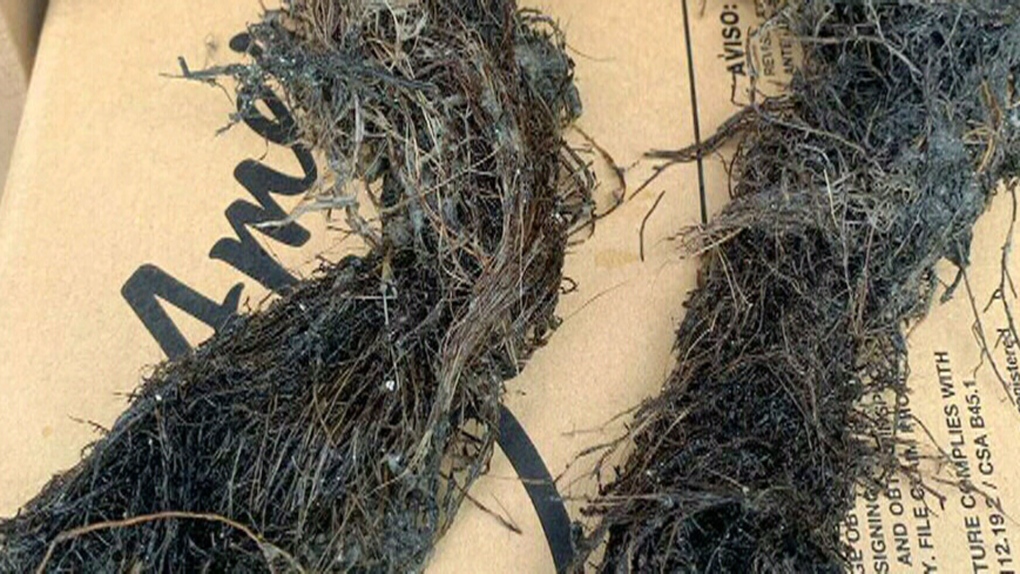 A buildup of debris removed from a pipe is seen here.

“If clients have decided to go with the other service provider at a cheaper price, that means that they have chosen a cost efficient solution but not necessarily a turnkey remedy to the problem. They have got a different solution which obviously would have been cheaper with us as well. However, we would not be able to provide Superior warranty for our work in that case.”

In the company’s contract there is a 25 per cent non refundable retainer fee. Ross said, “This is a common practice among many trades since once deposit is taken we immediately start preparation for the installation process which most of the time requires ordering special equipment, renting machinery and parts.”

“We always sign the contract with the customer prior to taking a deposit where all the conditions and work provided are described, as well as sign with the customer a completion certificate after the job is completed to ensure that we have delivered promised work.”

“There are no hidden or surprise fees with Superior Plumbing & Heating, everything is according to a signed agreement between us and the customer. It is worth mentioning that our clients always get a copy of their signed contract to ensure full transparency and disclosure,” said Ross.

Ross told CTV News both customers had their money returned to them in full when they decided to choose a different provider.

Both Kennedy and Dominguez said they were relieved they got second opinions before going ahead with the work.

It can be wise to get a second opinion on any major job or renovation and you may want to reach out to friends and family when trying to find a contractor.

Also be careful signing contracts which may contain clauses regarding non-refundable fees or deposits.

A gay man is taking the federal government to court, challenging the constitutionality of a policy restricting sexually active gay and bisexual men from donating to sperm banks in Canada, CTV News has learned.

Nova Scotia's Shubenacadie Sam is about to emerge from her burrow to make her annual Groundhog Day prediction.

A gay man issues a court challenge over Canada's policy restricting sperm bank donations, a Quebec woman is surprised to find her stolen car had been used in brazen Ontario robbery, and actor Ryan Reynolds drops by a Toronto college and surprises students. Here's what you need to know to start your day.

Canadian Actor Ryan Reynolds dropped by a Toronto college on Wednesday, surprising students in the midst of a school project.