TORONTO -- Every few weeks, Daniel Muljarahardja and his wife Saraswati bring their baby Marcellinus to Toronto’s Hospital for Sick Children for a painful spinal injection of a drug called Spinraza.

“This is the fourth one that he’s been receiving from SickKids Hospital,” the Brantford father of two said.

But Spinraza can only slow down, not halt, the physical deterioration caused by Spinal Muscular Atrophy (SMA), a genetic disease which will eventually cause Marcellinus’s mobility, feeding and even breathing to decline. Many babies with SMA die before the age of three.

The family has started a GoFundMe campaign called Cure for Marcel to raise almost $3 million for a drug called Zolgensma. The one-time injection can replace the missing gene that causes SMA and allow the body to produce a necessary protein for proper muscular development. 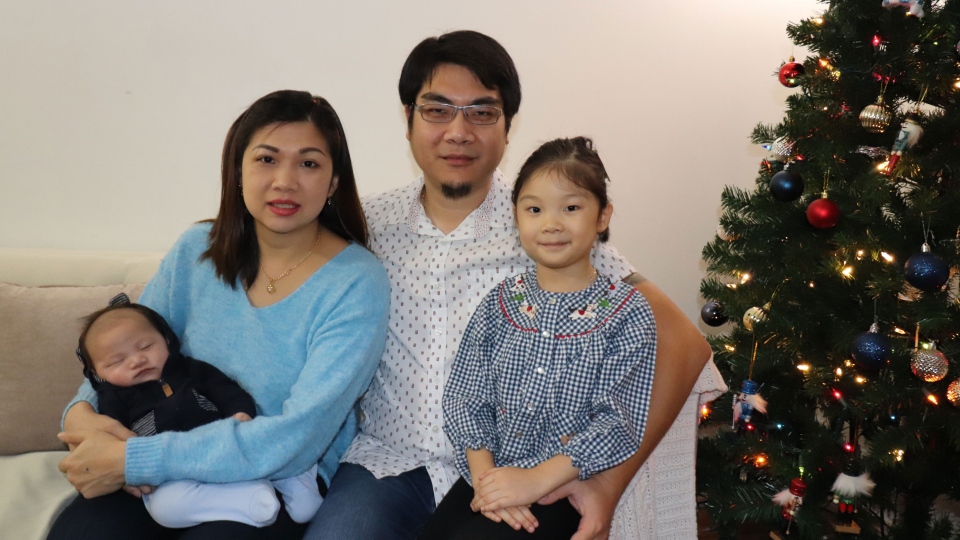 But it’s not only expensive, it must be given early — before a child hits the 21-kilogram mark in Canada. In the USA, eligibility is only until the child’s second birthday.

Zolgensma was given Health Canada approval in December but there are still several stages of negotiations before it can be funded provincially. And the Muljarahardjas know they have a tough road ahead in their own fundraising, which stands at about $45,000, as of Thursday evening.

Daniel was laid off from his job and has only found temporary work, although he’s grateful his employer is trying to give him more hours.

COVID-19 has halted the usual social events that used to boost charity fundraising efforts and their Indonesian community in Ontario, while supportive, is very small.

That’s why they’re looking to the Ministry of Health and drug manufacturer Novartis for help on compassionate grounds.

The Ministry of Health told CTV News Toronto in a statement that “We know SMA can be devastating for Ontario families. We welcome the news that Zolgensma has been approved by Health Canada.”

Meanwhile, the Muljarahardjas are grateful Marcel, as they call him, is nearing three months of age with no symptoms showing. And they hope Spinraza can keep him healthy until Zolgensma becomes available to them, through whatever avenue they can find.