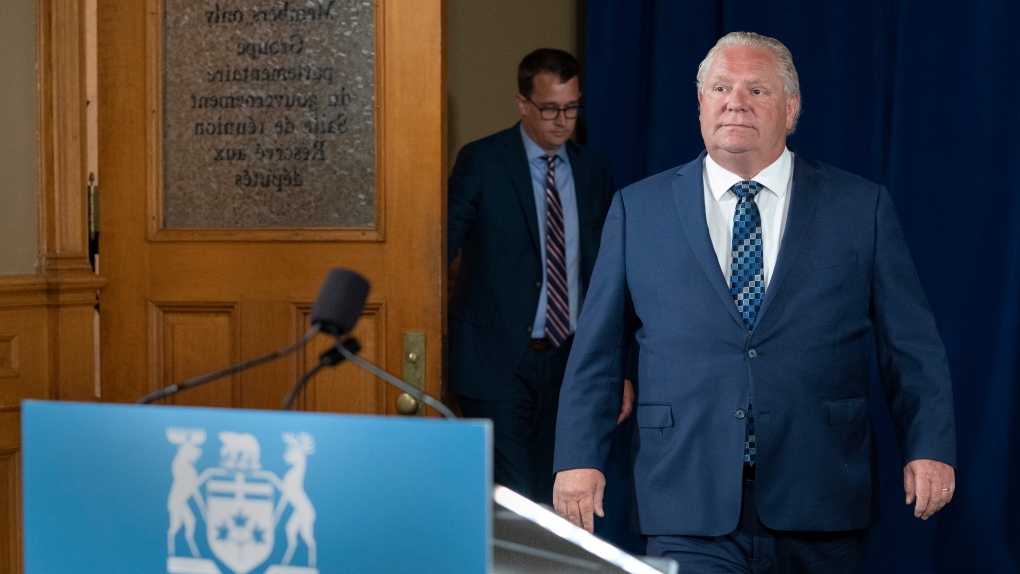 TORONTO -- Ontario’s minister of health says the government is considering moving into Stage 3 of the provincial reopening plan “as soon as we possibly can” while her team reviews the data on COVID-19 growth in the province.

“We are fortunate that we haven’t seen any huge outbreaks and I think that’s very good news,” Christine Elliott said at a news conference on Monday. ”We had 154 cases from yesterday, the numbers have been quite low, relatively speaking, and so it is something that we are looking to move into.”

Elliott’s comments come as Ontario Premier Doug Ford announced that Kingsville and Leamington, Ont., will both move into Stage 2 as of 12:01 a.m. Tuesday, the last municipalities in the province to do so.

“These communities can join the rest of the province in reopening,” Ford said. “Outbreaks in the community have been contained, community transmission is low and we have the resources for testing and contact tracing,”’ Ford said.

Elliott could not provide a specific date as to when Ontario will enter Stage 3 but says the province’s COVID-19 command table is “actively looking at the data.”

What happens in Stage 3?

According to the government’s restart plan, dubbed “A Framework for Reopening our Province,” Stage 3 would see a further relaxing of public health restrictions on public gatherings, as well as reopening all workplaces.

Just like Stage 2, health officials may need to “reapply or tighten certain public health measures,” depending on how many new COVID-19 cases are being reported.

Concerts and sporting events, however, will continue to be restricted for “the foreseeable future.”

Moving into the next stage would be welcome news for thousands of small businesses across Ontario, which are considering bankruptcy, according to an advocate for independent business owners.

In Stage 2, movie theatres, gyms, fitness studios and yoga studios remain largely closed, while restaurants that are restricted to patio-dining have been struggling as they wait for the province to enter the third and final stage of the economic revival plan.

However, when those businesses do reopen, they will likely look very different than what Ontarians remember.

“We still need to be very careful as we open up the economy, as we move into Stage 3,” Elliott said.

The health minister noted that there are “many restaurants” already willing to make the arrangements to operate in accordance with public health requirements, including opening at reduced capacity.