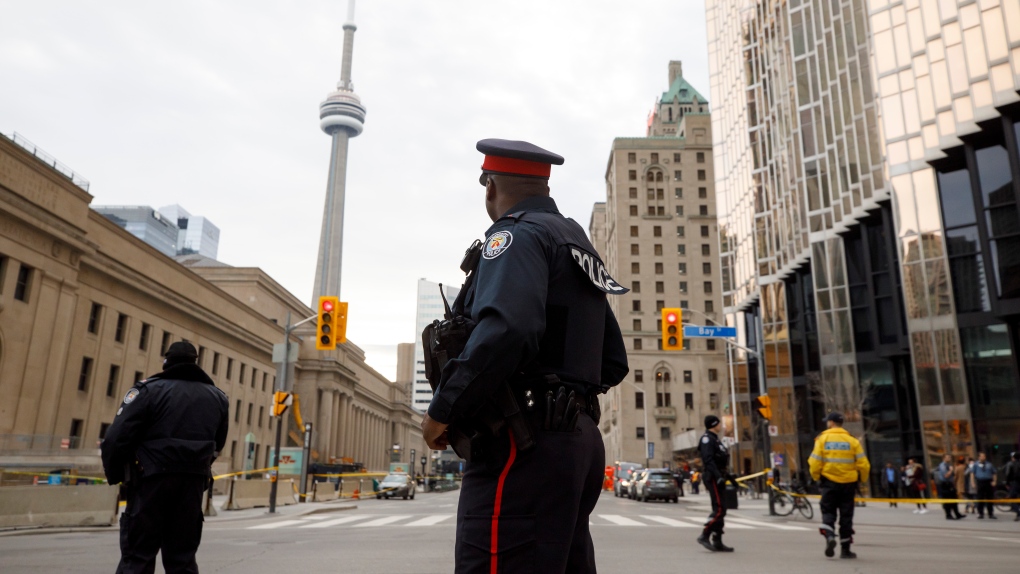 TORONTO -- TORONTO -- Ontario has ended police access to a COVID-19 database after a legal challenge was filed by a group of human rights organizations.

A statement from the CCLA said that the lawsuit against the province has been dropped with the news that the government has ended police access to the database.

Abby Deshman, director of the Criminal Justice Program for the CCLA, said she's pleased Ontario "backed away from this intrusive and discriminatory measure."

"We remain deeply concerned, however, about the information that police services across the province have already amassed," said Deshman.

Thunder Bay police accessed the personal health information in the database over 14,800 times -- a rate of access that is ten times higher than the provincial average -- even though the area has reported only 100 COVID-19 cases since the outset of the pandemic.

The human rights organizations said they are calling on local police services to destroy the personal health information that has already been accessed. They also ask that local police conduct audits to ensure the data access to date complied with policy and legal requirements.

"Black Ontarians know all too well the lasting discriminatory impact of information stored in police databases," said Ruth Goba, executive director of BLAC. "Hyper-surveillance of Black communities is a current manifestation of our history of enslavement, and it is this history and its legacy that is directly responsible for our current state of inequity in Ontario and Canada."

In early April, the Ontario government passed an emergency order under the Emergency Management and Civil Protection Act that allowed police to obtain the names, addresses and dates of birth of Ontarians who had tested positive for COVID-19.

The human rights organizations said they wrote to the government expressing concerns about the utility and legality of sharing sensitive personal health information.

When they didn't hear back, the groups said they filed an urgent court application challenging Ontario's decision to release this information to police because they argued it breached provincial health privacy protections and violated individuals' constitutional rights to privacy and equality.

This report by The Canadian Press was first published Aug. 17, 2020.

Ontario's COVID-19 cases in schools, child-care centres as of Dec. 4