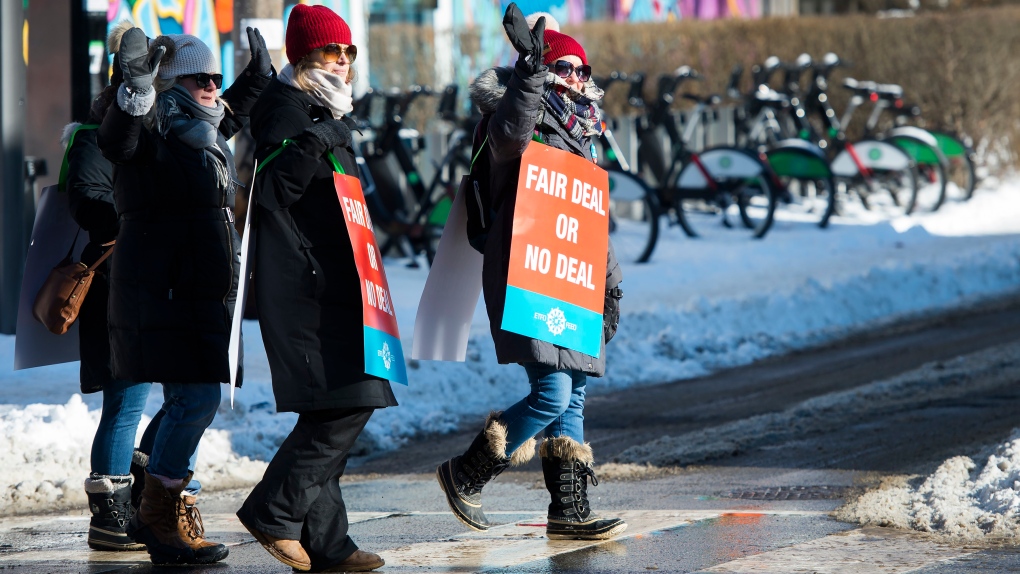 Teachers of the Elementary Teachers' Federation of Ontario wave to honking cars as they participate in a full withdrawal of services strike in Toronto on Monday, January 20, 2020. THE CANADIAN PRESS/Nathan Denette

TORONTO -- Elementary teachers are on strike today at schools in the Bluewater and Ontario North East school boards.

It's the fifth day of rotating, one-day strikes by members of the Elementary Teachers' Federation of Ontario, and they're also set to continue into next week.

ETFO president Sam Hammond says the main issues in bargaining include resources for students with special needs, and protection of full-day kindergarten, while Education Minister Stephen Lecce says compensation is the main issue.

The daily walkouts are part of escalating tensions between the province and its four major teachers' unions, which have been without contracts since August and are all engaging in some form of job action.

The union representing teachers in the French system says it will start Phase 2 of a work-to-rule campaign on Tuesday.

They won't say yet what their ramped up measures will entail, but the first phase has mostly affected administrative duties.