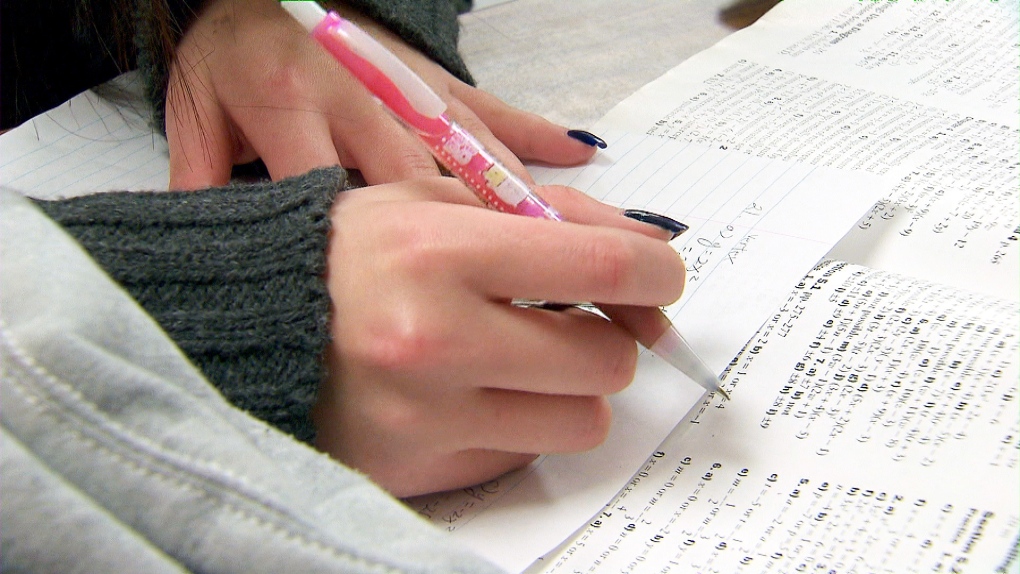 A student completes math homework in this file image.

Ontario’s education spending increased by more than 30 per cent over the past decade, according to the Fraser Institute, with the bulk of the money going towards teachers’ salaries, pensions and benefits.

The right-leaning think-tank reviewed education spending across the country for a period of 10 years and found Ontario’s education budget increased even as enrollment in public schools decreased.

Over that time, the former Liberal government introduced full-day kindergarten and caps on class sizes. The province had to hire more teachers to facilitate the policy measures.

The Fraser Institute says 91 per cent of increased spending went to teacher and staff compensation, rising from $15 billion in 2006 to $21 billion in 2016.

During that same 10-year period, public school enrollment dropped by 5.2 per cent, or more than 110,000 students. The institute says the drop in enrollment is partly why the increase in spending is amplified.

The Ford government has begun consulting with school boards and teachers’ unions on class size limits from kindergarten up to Grade 12, while also looking at other ways to reduce the education budget by 4 per cent.

During an unrelated news conference on Wednesday, Premier Ford said his government wants to “review everything” under the Ministry of Education, but promised restraint.

“We’re not going in there with a chainsaw and cutting and slashing,” Ford said.

The Fraser Institute says while the increase in the education budget has been “substantial,” it is a smaller percentage than 7 other provinces.

Saskatchewan saw the highest increase between 2006 and 2016, with a 71 per cent jump in educating spending.

Read the full report below: