TORONTO -- A 32-year-old doctor at an Ontario hospital’s cancer treatment centre was seeing patients shortly before she tested positive for the novel coronavirus (COVID-19).

The frontline healthcare worker was confirmed to be one of the province’s four new patients of the virus announced on Wednesday by Ontario health officials.

She had recently travelled to Hawaii and returned home on March 7.

She sought care for her symptoms at Hamilton Health Sciences (HHS), where she works in the hospital’s Juravinski Cancer Centre, on March 9.

That same day, the doctor was seeing patients and interacting with colleagues and staff, the hospital said in a statement released on Wednesday.

“Proper infection control measures were taken and personal protective equipment was worn by staff and physicians who provided the care and testing,” the statement reads.

“Since becoming aware of this situation, HHS has been working closely with public health to determine and implement the most appropriate response.”

The hospital said it is working to contact “those individuals who were also present in Clinic A” on the afternoon of March 9.

She currently remains at her Burlington home in self-isolation. Her situation is being monitored by Halton Public Health.

This is the first confirmed case of COVID-19 in Halton Region.

“Halton Region Public Health is continuing to work with provincial and local health counterparts and with the resident to identify all known contacts who may have been potentially exposed to the virus to assess if there is a potential health risk,” Dr. Hamidah Meghani, Medical Officer of Health said.

She added that the risk to Halton residents “remains low” at this time.

Five of the province’s 41 cases of COVID-19 have since recovered, officials said. 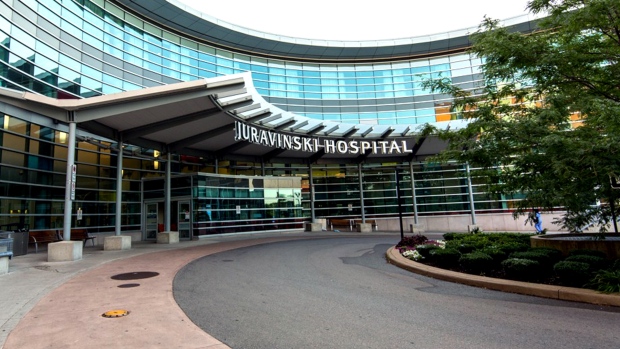