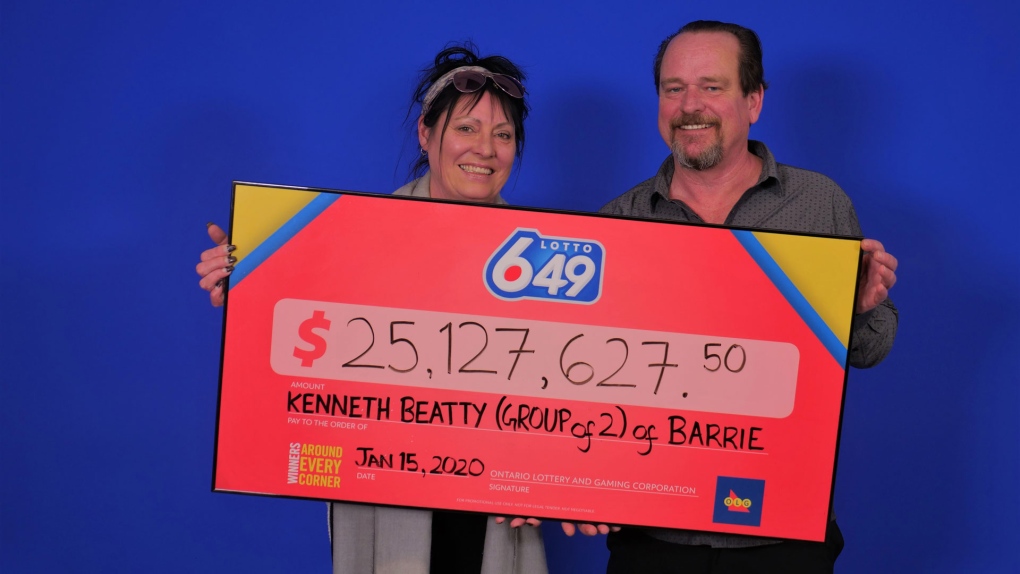 TORONTO -- A couple from Barrie, Ont. said they have that “6/49 feeling” after winning more than $25 million in the lottery jackpot.

Kenneth Beatty and Mona Gibson picked up their cheque on Thursday from the Ontario Lottery and Gaming Corporation (OLG) Prize Centre in Toronto.

In a statement, Beatty said that he discovered he had purchased the winning ticket using the OLG Lottery App.

“I had to check six times, and then I had my wife check too,” Beatty said in a statement issued Thursday afternoon.

Neither Beatty or Gibson said what they plan to do with the money.

“It feels great, like this is a new chapter in life,” the couple said.

The winning ticket was purchased at a Shoppers Drug Mart on Essa Road.

According to the OLG, Ontario players have won more than $12. 9 billion in prizes since 1982.