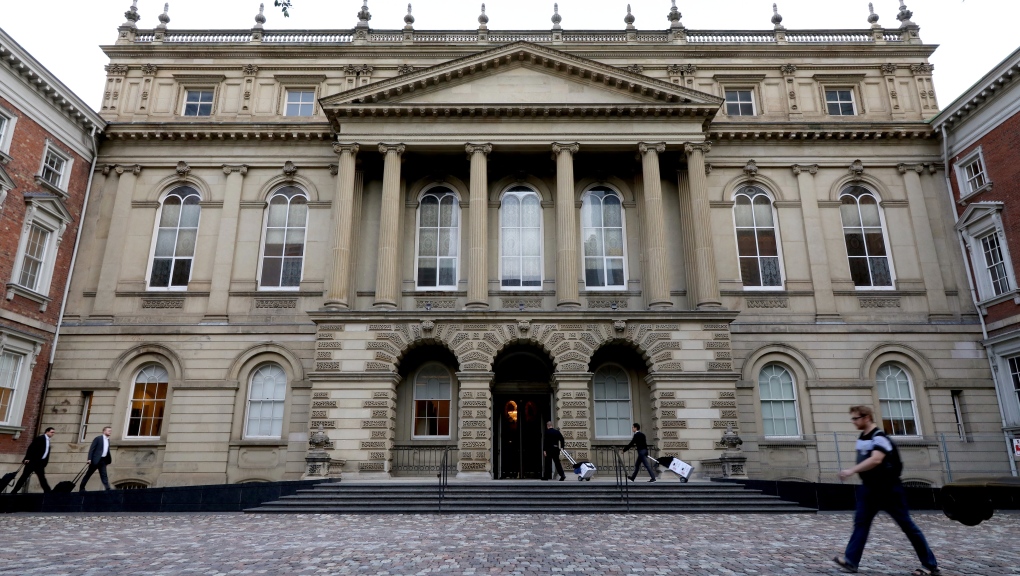 TORONTO -- Ontario is considering scrapping jury trials for civil cases in an effort to tackle a backlog exacerbated by the COVID-19 pandemic, but some lawyers say the government is rushing a decision that could have significant repercussions on the province's legal system.

In a letter issued earlier this month and obtained by The Canadian Press, the province's attorney general asked stakeholders to weigh in on a proposed legislative amendment that would eliminate some or all civil jury trials.

Doug Downey said the move would be part of a broader effort to maintain the administration of justice during the pandemic and address how the needs of the system have changed in that time, noting Ontario is one of the few jurisdictions in Canada to still allow civil jury trials for most matters.

Stakeholders were given until Monday to send in their submissions on the issue, prompting some to express concerns about how quickly the province appears to be moving ahead.

Others say the need to eliminate long court delays trumps any benefits provided by a jury in civil cases.

"At this time, access to justice has to be paramount," said Rasha M. El-Tawil, a personal injury lawyer in London, Ont.

The current health crisis has worsened delays in a system that was already imploding due to lack of resources, she said, noting that civil jury trials take two to three times as long to complete than those heard by a judge alone.

"So unless we're going to somehow find money to completely infuse the system, which won't happen ... unfortunately, I think the system cannot afford to continue as it currently stands."

Tanya Walker, a Toronto-based civil litigator, said allowing people to have a timely trial is an important part of access to justice, and getting rid of juries in some cases may help speed up the process.

But she said the province would do better to temporarily halt civil jury trials while it deals with the additional delays caused by the pandemic, rather than making a permanent change.

Some plaintiffs and defendants may consent to proceeding before a judge alone to have their case dealt with sooner, since it's still unclear when jury trials will be able to resume in light of the COVID-19 restrictions, she said. Others may prefer to wait.

"You can re-evaluate once a vaccination is able to be mass-produced," she said.

But Michael Smitiuch, a Toronto personal injury lawyer, says too little time has been allocated for consultation on an issue he says could have a major impact on "diversity, equality and democracy."

He said while the right to a trial by jury is not enshrined in the charter for civil cases as it is for criminal ones, juries better reflect the diversity of Canadian society than a single judge.

The court backlog also predates the pandemic and could be better addressed through modernization and increased funding, Smitiuch said.

"People keep talking about how it's too slow and it's an access to justice issue, but what about devoting the resources they should have done in the first place?" he said.

"There should have been more resources thrown at the judicial system well before this, and I think it's just convenient now to use the pandemic as an excuse to eliminate or get rid of juries."

In-person court proceedings were put on hold in March as the province enacted a series of health measures meant to curb the spread of COVID-19, causing countless cases to be postponed. Some non-jury cases have continued through remote hearings.

The Ontario Superior Court of Justice has said no jury trials, civil or criminal, will begin until at least September, subject to health guidelines. Rescheduling civil jury cases will be left to each region.

A spokeswoman for Downey said the attorney general is seeking feedback on the proposed amendment as part of an effort to find new ways to conduct matters during the pandemic, and the input received will inform the province's next steps.

Currently, Ontario allows a jury of six people to assess damages and decide issues of fact in civil cases, except in certain situations where it's prohibited by statute.

This report by The Canadian Press was first published on June 15, 2020.