TORONTO -- An Ontario Member of Provincial Parliament will no longer be sitting as a member of the Progressive Conservative caucus after voting against the party’s proposed COVID-19 recovery omnibus bill.

The premier’s office confirmed that Cambridge MPP Belinda Karahalios is no longer a member of the PC caucus in a statement released on Tuesday evening.

“Our government’s first priority is the health and safety of all Ontarians, and Bill 195 is an important piece of legislation that protects each and every citizen during the pandemic,” the premier’s office said.

Earlier in the day, Karahalios voted against moving forward with Bill 195, a bill that extended certain COVID-19 emergency measures such as closing public places, restricting gatherings and monitoring policies regarding long-term care homes.

The proposed bill would also amend about 20 different laws, including legislation that governs Ontario’s schools, municipalities and the province’s justice system.

In a statement, Karahalios called the legislation “an unnecessary overreach.”

“At its core, Bill 195 takes away the legislature’s ability to vote on the use of extraordinary emergency powers on Ontarians for the next year,” she said.

“By transferring away the ability for Ontario MPPs to consider, debate and vote on how emergency powers are used in Ontario, Bill 195 essentially silences every single Ontario MPP on the most important issue facing our legislature today.” 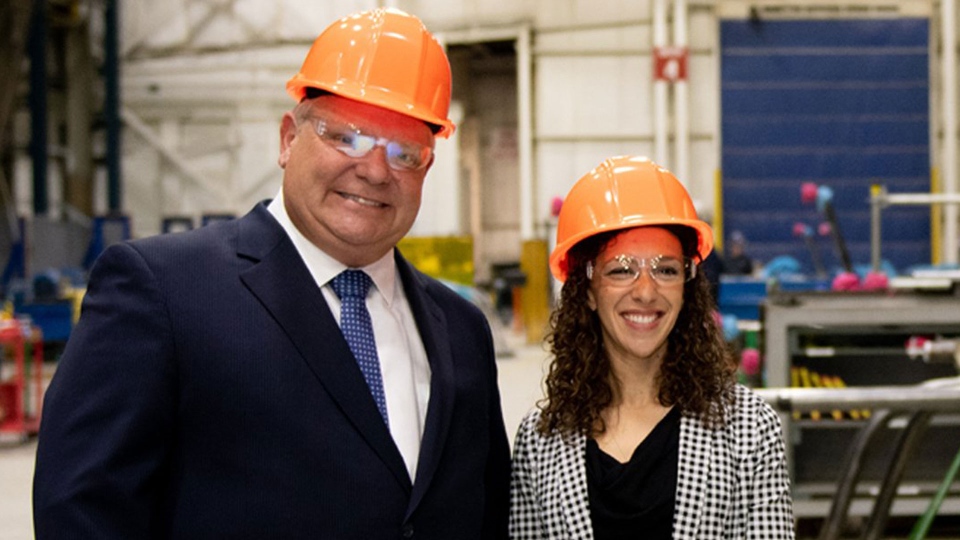 All of Ontario’s emergency orders related to COVID-19 expire on July 24.

Karahalios was elected in 2018 and had served as parliamentary assistant to Solicitor General Sylvia Jones.

Last year, she tabled a bill designed to legislate fair and open races for those who want to run for party nominations, leadership races and executive roles after her husband filed a lawsuit alleging the PC party manipulated a presidential race in an attempt to block him from winning.