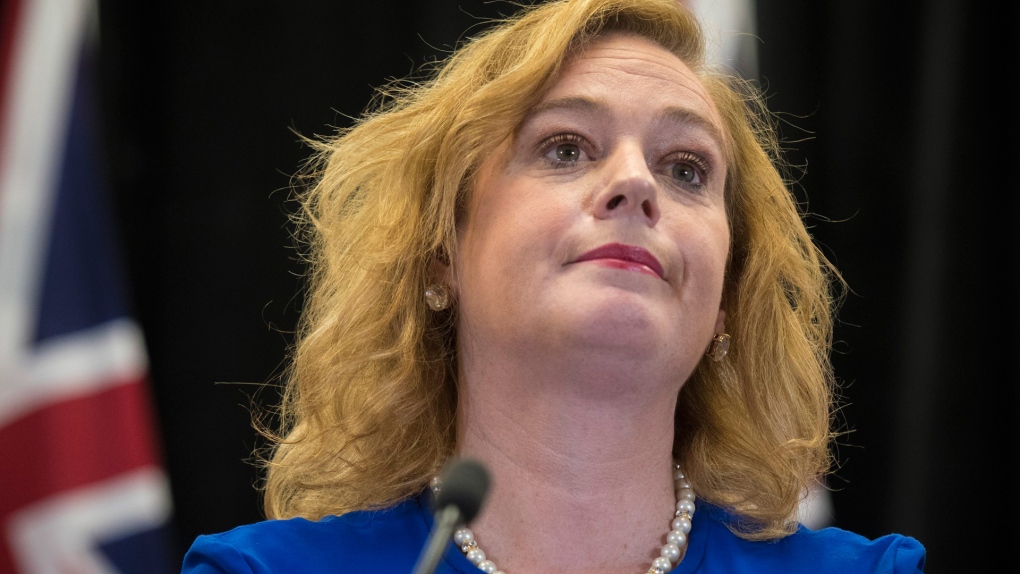 TORONTO -- Ontario's minister of heritage and sport says the industries in her portfolio have been some of the hardest hit by the COVID-19 pandemic, and she wants to be ready to revitalize them when it's safe to do so.

Redeveloping Ontario Place was the first of 15 initiatives that Lisa MacLeod outlined in a speech delivered to the Empire Club of Canada on Friday. She spoke on stage at the Cinesphere, a distinctive feature of the provincially owned entertainment venue and park on Toronto's waterfront.

"I was at the Cinesphere today to send a very strong message that the historical components of Ontario Place will be protected," said MacLeod afterwards.

She said she couldn't get into details of the province's plans for Ontario Place because of the commercial components involved. However, MacLeod added that the province has been speaking with the city of Toronto about its plans for the land that the municipality owns nearby.

Ensuring that the parkland at Ontario Place is maintained and that the space reflects the province's diverse population are also priorities, said MacLeod.

Support for pre-existing plans to host major international sporting events was another pillar of MacLeod's speech at the Empire Club.

She said that her ministry supports Canada Soccer's bid for the 2026 FIFA World Cup and a bid for Hamilton to host the Commonwealth Games in 2027 or a later date.

Canada is co-hosting the 2026 World Cup along with Mexico and the United States, but the venues for the men's soccer tournament have yet to be named. Canada Soccer's bid has Toronto as the only site for World Cup matches in Ontario and MacLeod said she would like a regional approach to be taken to help stimulate the economy.

"(I'd like to see it) extend out to spin offs to support other areas across the province, whether that's Ottawa, some rural communities, or some of the other cities," said MacLeod.

A committee had previously been formed to create a bid for Hamilton to host the Commonwealth Games. Originally scheduled for 2026, the quadrennial event may be pushed back to 2027 or beyond depending on how the International Olympic Committee reorganizes its schedule after the Tokyo Summer Games were delayed from 2020 to 2021 by the pandemic.

MacLeod confirmed the provincial government's support for the Commonwealth Games bid but said it would be financially impossible to host the World Cup and the multinational sporting event in the same calendar year.

Another one of the 15 initiatives MacLeod outlined was support for the television and film industries in southwestern and eastern Ontario.

"A key to doing that is working with our local colleges and universities to train above and below-the-line talent," said MacLeod, who represents Nepean, outside of Ottawa, in the provincial legislature.

"It's going to be important to expand film-friendly locations and we have a number of them in the nation's capital."

This report by The Canadian Press was first published Oct. 30, 2020.