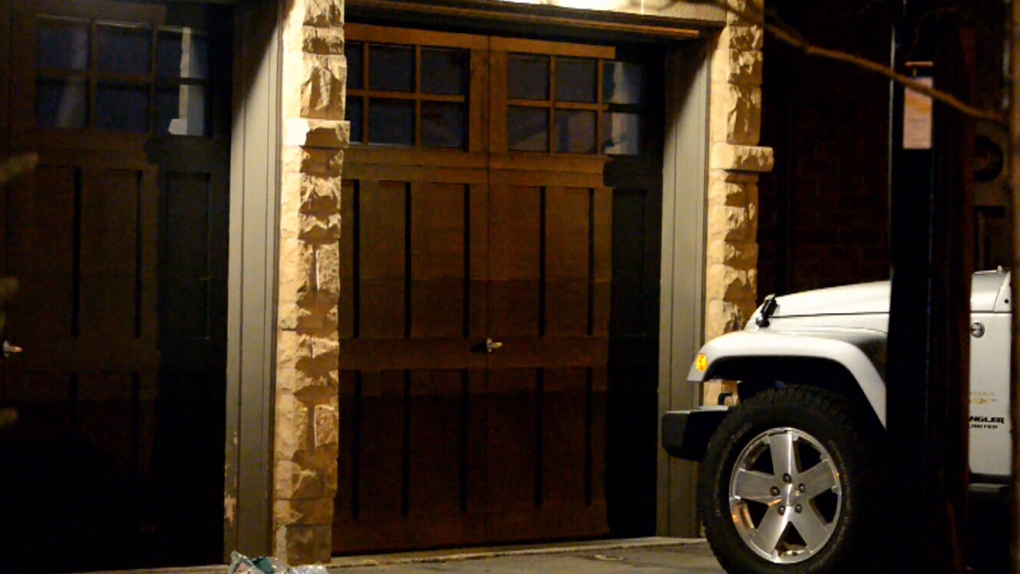 A 9-year-old boy is recovering after he was injured when his jacket got caught in an opening garage door at a home in Oakville, Monday, April 28, 2014.

A 9-year-old boy has been taken off life support and is now recovering after he was hung by his sweatshirt from a garage door, police said.

The boy, known only as Jack, was critically injured on Monday night, when his hood got caught on the opening door as he entered his family’s Oakville garage from the outside.

Halton Regional Police said Jack entered the passcode on an external keypad, then ducked under the door as it was rising. His hooded sweatshirt was caught on the door’s handle, and he was left hanging.

Two people who were passing in a vehicle saw the injured boy and rushed to help him. A family member and a jogger also helped free the boy.

He was rushed to a nearby hospital by paramedics from the home on Pine Glen Road shortly after 7 p.m. Monday night, then transferred to Toronto’s Sick Kids hospital where he was put on life support.

In a statement, Halton police said that an investigation revealed there was nothing suspicious about the accident.