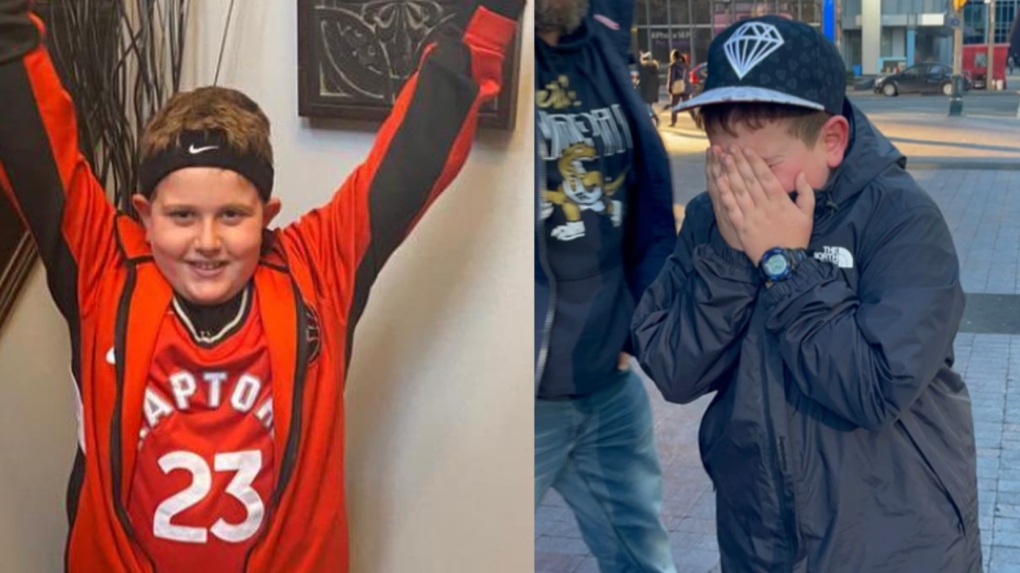 An Ontario boy burst into tears when his parents surprised him with his first tickets to a Toronto Raptors game on Saturday night.

The 10-year-old Innisfil, Ont., local was told he was going on a family GO train adventure to downtown Toronto, which his mother said he was “over the moon” excited about to the point that he could barely sleep the night before.

“He was so excited just to take the GO train and that's pretty much how we got him down there,” his mother Krissy Angil told CTV News Toronto.

Once they reached the city and were standing in front of Scotiabank Arena with the Raptors logo flashing in the background, Angil pretended to snap a photo of her son as she started filming him.

“Say, cheese,” Angil said to her son in the video.

“Say, you're going to the Raptors game,” she said.

Her son’s face froze in disbelief before bursting into tears as he held his face in shock.

“It probably took a good 10 minutes to pull him down and try to calm him down because it was, you could see that it was, such an emotion overload for him that he really was having a hard time processing the feeling of that emotion,” Angil said.

@krissybreetz He thought today was about his first ride on “The GO Train” … little did he know where he was about to go! #BeTheReasonVisa #fyp #moment #memories #toronto #tdot #416 #torontoraptors #fanpage #surprise ♬ Keep Showing Up (Motivational Speech) - Fearless Motivation

She said her son is so “obsessed” with the Raptors that he’s known at school and on social media platforms as Raptors Kid.

“When I tell you he's a fan, he is obsessed with them. His bedroom is the Raptors, his birthday party was Raptors themed,” she said.

The Raptors clinched a 105-100 win against the Dallas Mavericks in his honour, ending a four-game losing streak against the Mavericks. 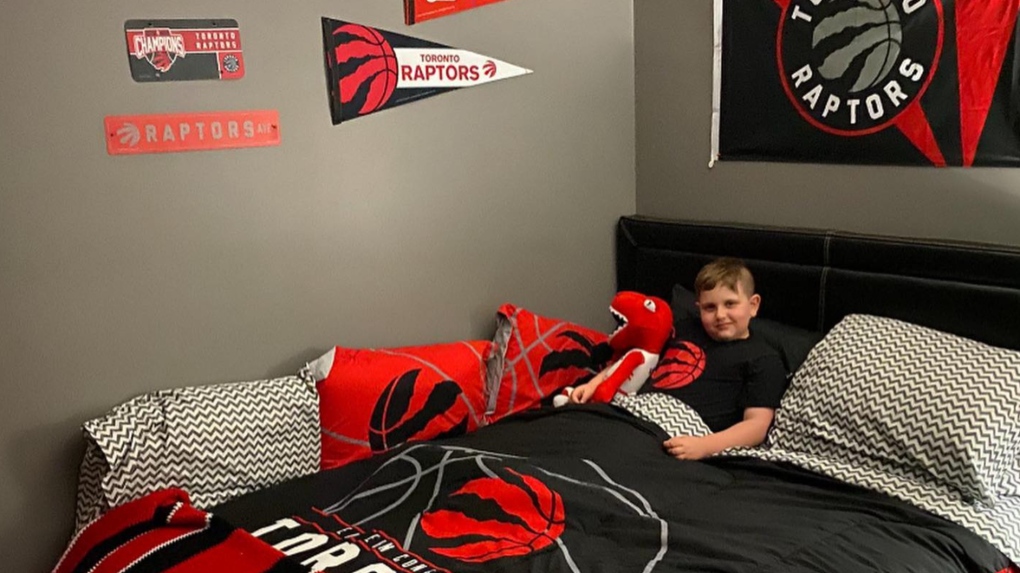 After the game, Angil posted a video of her son’s surprise on TikTok, which caught the attention of the Raptors along with nearly 110,000 others.

“We love this! Thanks for rocking with us last night fam. Look out for a message from us,” the Raptors TikTok account commented on her post.

To add to the stack of surprises, Angil said the Raptors invited their family to a game on Dec. 18 when they face off against the Golden State Warriors.

“It's just such a beautiful, beautiful gesture that they did and I mean, never in a million years did I even expect or imagine this because it really was just posted in such an innocent, innocent moment,” she said.

“It's so humbling and we feel really, really honoured.”

BREAKING | B.C. reveals plan for decriminalization of small amounts of drugs for personal use

British Columbia is taking a major step forward in its fight against the province’s deadly overdose crisis by decriminalizing the possession of a small amount of certain illicit drugs for personal use.

Michael Jackson's nephew to star in King of Pop biopic

Michael Jackson's 26-year-old nephew, Jaafar Jackson, will play the King of Pop in the planned biopic "Michael" to be directed by Antoine Fuqua.

Members of Parliament return to Ottawa to resume sitting for the first time in 2023 on Monday, with the state of Canada's health-care system, the health of the Canadian economy, and rates of violent crime in this country all top of mind.