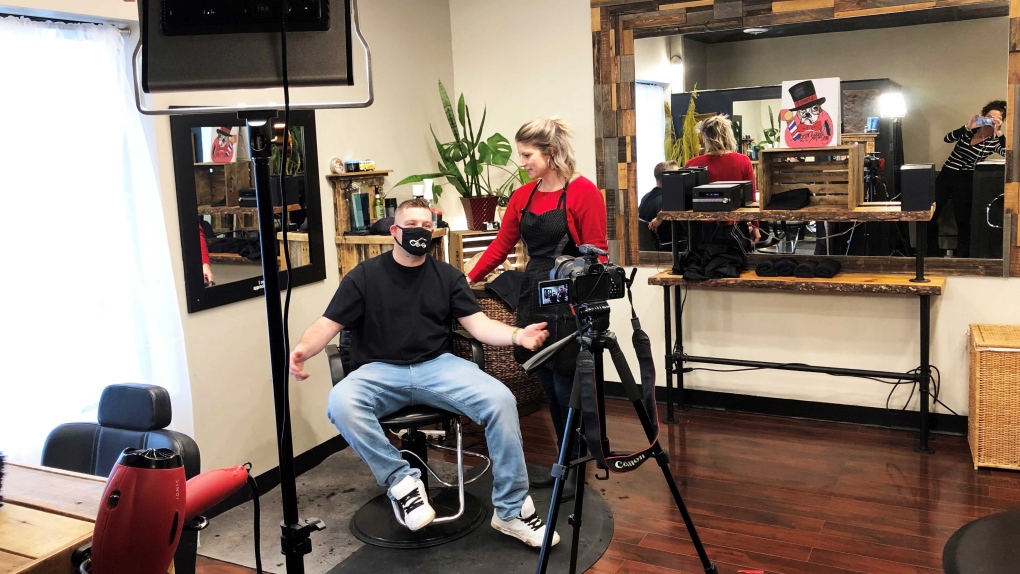 TORONTO -- An Ontario barbershop has reopened during the provincial lockdown using a loophole that the owner claims allows them to operate legally.

Chrome Artistic Barber in St. Catharines is cutting hair again after they said they revamped their salon to become a production and film studio.

Owner Alicia Hirter set up cameras, lights and microphones in her shop and said people who come in for haircuts are now auditioning for a part in a future TV show or podcast.

Under Ontario's provincial lockdown laws, which came into effect on Dec. 26, film and television productions are allowed to continue operating.

According to their website, clients can book adult auditions or child auditions. The booking details say the guests will receive a "complete haircut, neck shave, blow-dry and style all while candidly discussing life, its ups and downs and all in between."

"Auditions will be recorded for intent (if chosen) to later use in a podcast and/or documentary format."

Hirter said when guests arrive for their appointment, they must sign a talent release form and undergo a COVID-19 screening test. Guests are also required to wash their hands when arriving. 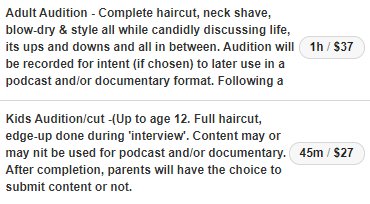 She said that clients are not required to wear masks while receiving their haircut because the government rules say performers are exempt.

Hirter said she needed to keep her business, which she has operated for 18 years, open because she could not survive another extended closure.

"I'm a single mom, I’m not about to move into low income property with my son,” she said. “As a business owner and a mother, I had to make my own call … I’m not a criminal.”

She said she's also furious that big-box stores in the province are allowed to continue operating when her business should have closed.

"You're telling me Walmart can sell bananas that 17 people have touched but I’m not allowed to operate? It’s morally wrong. You can't expect us to shut down." 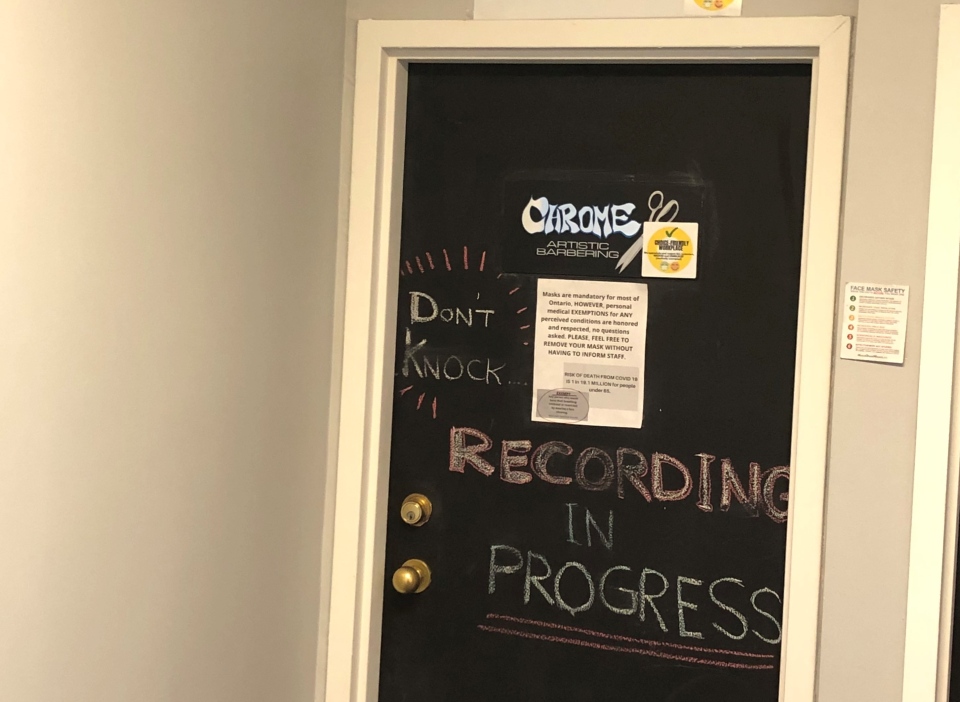 She said she doesn't consider the move to stay open a "dirty loophole" and added it "took a lot of preparation and money to get this started."

In an e-mail to CTV News Toronto, Director of Planning and Building Services for St. Catharine's Tami Kitay said an investigation has been launched into Chrome Artistic Barbering.

"We appreciate that these are challenging times; however, businesses that do not comply with the Provincial Orders and Regulations will be investigated and can anticipate consequences," Kitay said in a statement.

Niagara Region Public Health told CTV News Toronto they are also aware of the situation and opened an investigation.

"Our staff are working in close collaboration with our counterparts at the City of St. Catharines and other agencies to ensure we continue to enforce the Provincial Emergency Management and Civil Protection Act and the Reopening Ontario Act in a consistent and fair manner."

Hirter said that while her business has not been shut down, city officials have told her she could soon face charges.

"I will continue to operate," she said. "I will take the fines."