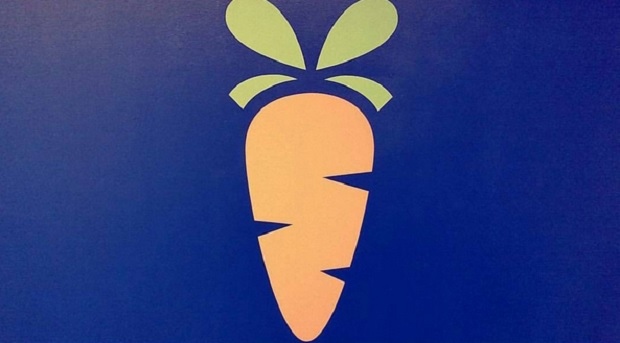 TORONTO -- Ontario has joined three other Canadian governments in funding a smartphone app that gives users points for popular consumer reward programs in exchange for engaging with government-approved messages about wellness.

The province announced Thursday it is spending $1.5 million on the Carrot Rewards smartphone app, which tracks users' steps and offers quizzes and tips on topics including healthy living, personal finances and the environment.

When users reach their step goal or complete a quiz on home budgeting, for example, they'll receive points in their account for the reward program of their choice: Aeroplan, Petro-Points, More Rewards, or Cineplex's Scene.

Toronto-based company Carrot Insights developed the app in 2015 with funding from the federal government and British Columbia, and Newfoundland and Labrador signed on last year.

Carrot Rewards became available to Ontarians in February and the company says it has about 200,000 active users in the province today.

With the promise of bonus points and free healthy snacks, Carrot Rewards lured users out to Thursday's announcement in Toronto -- and, according to the company, more than 1,000 people showed up to take part.

Andreas Souvaliotis, CEO of Carrot Insights, said the app launched with a focus on health but the company and its partner governments quickly realized it was effective at modifying behaviour in other areas as well, and expanded to a more general focus on wellness that includes personal finance and the environment.

He said a typical example of government messaging is a campaign by Natural Resources Canada that gave people information on saving energy at home and buying energy efficient appliances.

"Anything that requires positive public engagement, we can now run it through a much more modern platform like this, as opposed to the old-fashioned stuff, which was advertising," he said.

The information distributed through the app originates with the governments, but charities that work with the company -- the Heart and Stroke Foundation, YMCA and Diabetes Canada -- help make the content more authentic, Souvaliotis said.

"If for some reason the government is at risk of making a mistake, doing something that might frustrate you as a citizen or feel to you a little Big Brotherish, we have the charities that can help us push back and authenticize the content a little more," he said.

The goal is to give people an incentive to act and think differently, McMahon said. "It behooves us to think about how we can motivate people, because we need to. We need to live differently."

She likens Carrot Rewards to a modern-day ParticipACTION -- the federally funded series of public service announcements and Body Break commercials Canadians have seen off and on since the 1970s.

The Ontario government is still in the process of creating messaging with Carrot and McMahon said it's likely to include cycling promotion.