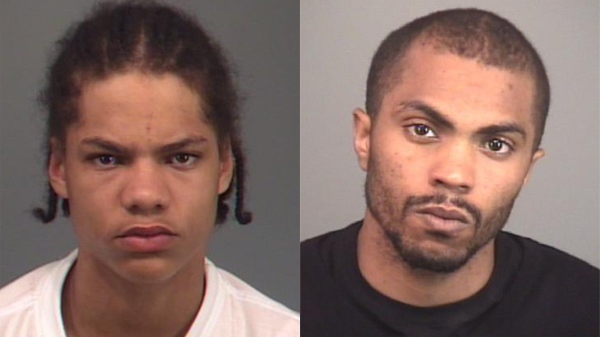 Hamilton Police have released these photos of Tyrone Anthony Chambers, 22, (left) and Joshua David Warner, 21, both of Hamilton.

A weekend triple shooting in Hamilton is now a homicide investigation, as one died Sunday after being taken off life support.

Brandon Musgrave was only 18.

He had been at a party of about 50 people out celebrating the first night of spring break when a fight developed over a minor provocation, police say.

Two men pulled out firearms and fired into the crowd, hitting Musgrave and two others who weren't even involved in the dispute.

The other two shooting victims, aged 18 and 21, have already been released from hospital.

"They weren't known to the people that were at the party," Sgt. Terri-lynn Collings told ctvtoronto.ca.

Hamilton Police have now obtained arrest warrants for Tyrone Anthony Chambers, 23, and Joshua David Warner, 21, both of Hamilton. Both are wanted for second-degree murder, attempted murder and some firearms-related offences.

"Both wanted men are considered to be armed and dangerous and should not be approached.  Anyone seeing the wanted men should call 9-1-1," police said in a news release.