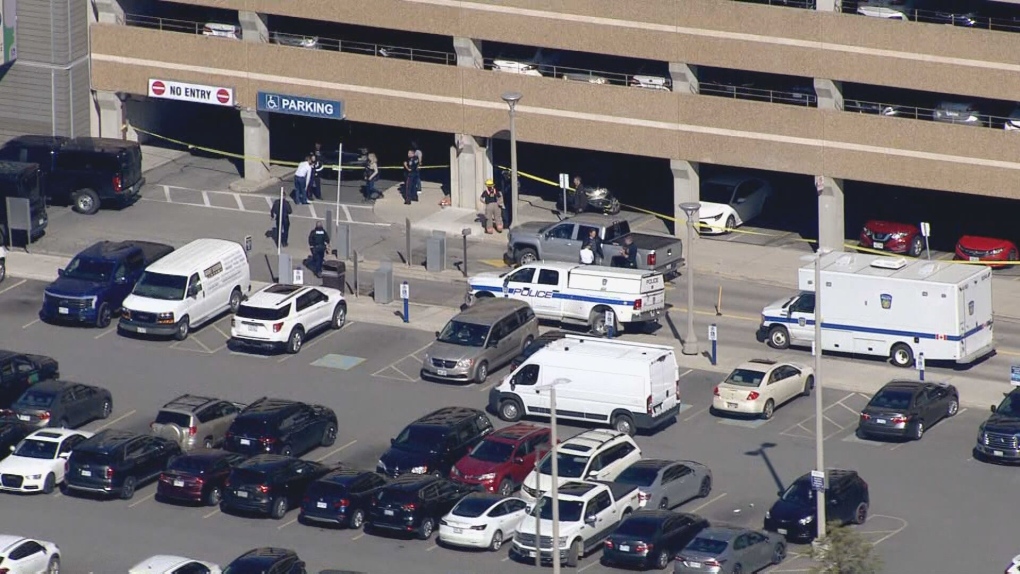 Peel Regional Police say one person had been taken into custody early Saturday morning, ending a nearly 19-hour standoff at a medical facility in Mississauga.

It began shortly after 7:30 a.m. on Friday when emergency crews were called to a building next to Credit Valley Hospital in the area of Eglinton Avenue West and Erin Mills Parkway for an armed person.

Police arrived to learn that an individual had barricaded themselves inside the facility, prompting police to evacuate the building and cordon off the immediate vicinity.

They also closed nearby roads and asked the public to avoid the area. While the surface parking lot at Credit Valley Hospital was blocked off for the investigation, its hospital building, including the emergency department, remained open.

Police said crisis negotiators had been brought in to help resolve the situation, which they described as an isolated incident.

In subsequent updates on social media, police said they were in contact with the barricaded person.

At around 2 a.m., police said the situation had been “resolved” and that the individual had been taken into custody.

“Thank you to the community for your patience and understanding,” police tweeted. “Our number one priority is to ensure (the) safety of the public.”

Police added that all roads in the area have re-opened.

'Not looking for a fight' but nothing off the table when it comes to Alberta sovereignty act: PM Trudeau

Danielle Smith has gone straight from the political altar to a divorce from common sense – and her out-of-the-gate antics suggest she could soon claim the title of Alberta's briefest premier, Don Martin writes in an exclusive column for CTVNews.ca.

Not to be a Debbie Downer but Canada will be without some iconic snacks for the foreseeable future after Little Debbie was forced to pull its sweet treats from store shelves across the country.