One person seriously injured after shooting in Toronto east end

One person seriously injured after shooting in Toronto east end 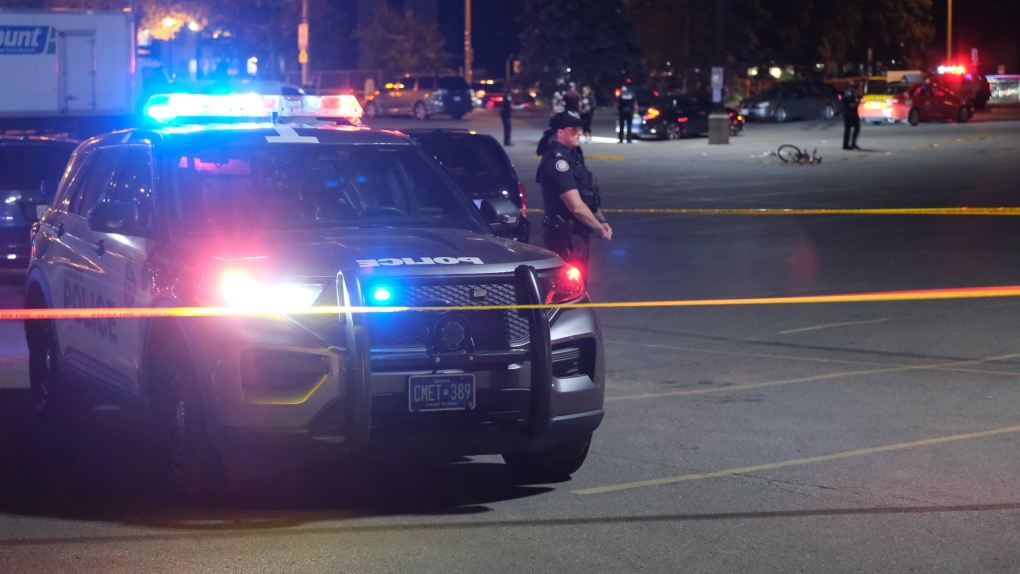 Toronto police are on the scene of a shooting near Thorncliffe Park Drive and Overlea Boulevard. (Simon Sheehan/CP24)

A man has been seriously injured after being shot in the city's Thorncliffe Park neighbourhood on Thursday evening.

The incident took place around 8:00 p.m. near Thorncliffe Park Drive and Overlea Boulevard.

"The information received at that time is that an individual who was beside their vehicle was struck by gunfire," Acting Insp. Jeff Bangild said.

Police said that when officers arrived at the scene, they found a man suffering from gunshot wounds to the abdomen.

He was taken to hospital with serious but non-life threatening injuries. Bangild said the victim is in stable condition.

Police are searching for the suspects who were seen leaving in a silver or white vehicle. No descriptions have been released.

He is encouraging anyone who may have witnessed the shooting or has video footage of the incident to contact police at 416-808-5300 or Crime Stoppers anonymously.

The first teaser trailer for the long-awaited 'Super Mario Bros. Movie' is here — but a lack of Italian flair in Mario’s voice is leaving some fans feeling like they just got hit with a Koopa shell.

There's been a 20-year series of middleweight clashes in the parliamentary fight club - Chretien vs. Day, Martin vs. Harper, Harper vs. Mulcair, Trudeau vs. O'Toole - but nothing comes close to the slugfest now raging between Conservative leader Pierre Poilievre and Prime Minister Justin Trudeau.

In move toward decriminalization, Biden pardons thousands for 'simple possession' of marijuana

U.S. President Joe Biden is pardoning thousands of Americans convicted of 'simple possession' of marijuana under federal law, as his administration takes a dramatic step toward decriminalizing the drug and addressing charging practices that disproportionately impact people of colour.