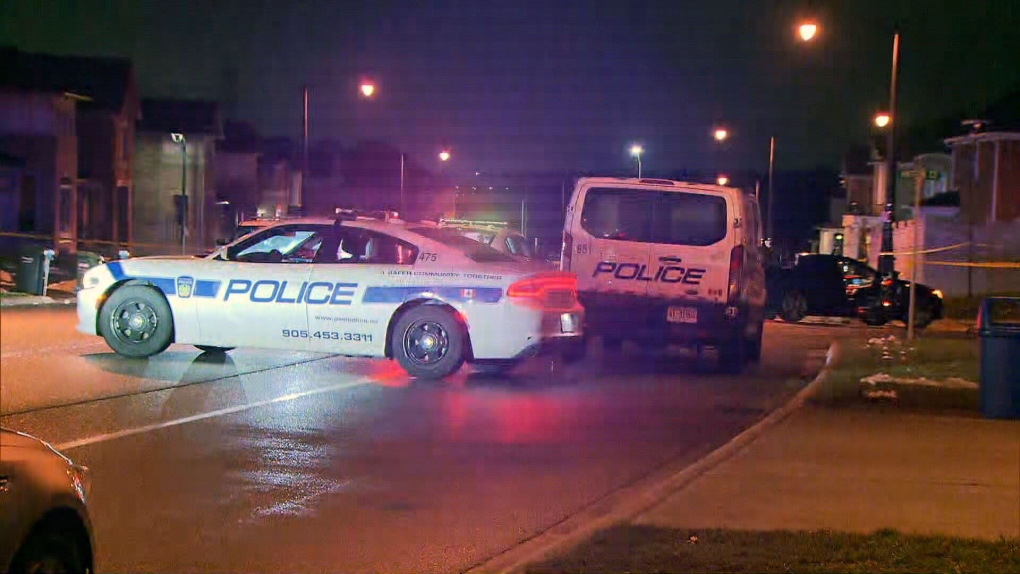 Peel police cruisers are seen at the scene of a shooting in Brampton.

TORONTO -- One person is in custody following a shooting and single-vehicle crash in Brampton late Wednesday night.

It happened near Hatton Crescent and Dusk Drive at around 11:45 p.m.

Police say they responded to the area after receiving calls about a motor-vehicle collision and a possible shooting.

"When our officers arrived in the area, we confirmed that a shooting had occurred," a duty inspector told CP24 at the scene. "In addition, the vehicle that was located at the corner of the intersection with damage... was confirmed to be involved in the shooting."

The vehicle, police say, crashed into a pole and two suspects were seen running from the car.

Police say several shell casings were located and a bullet shattered the back window of a vehicle parked in a driveway nearby.

No injuries have been reported and one person has been taken into custody in connection with the incident.