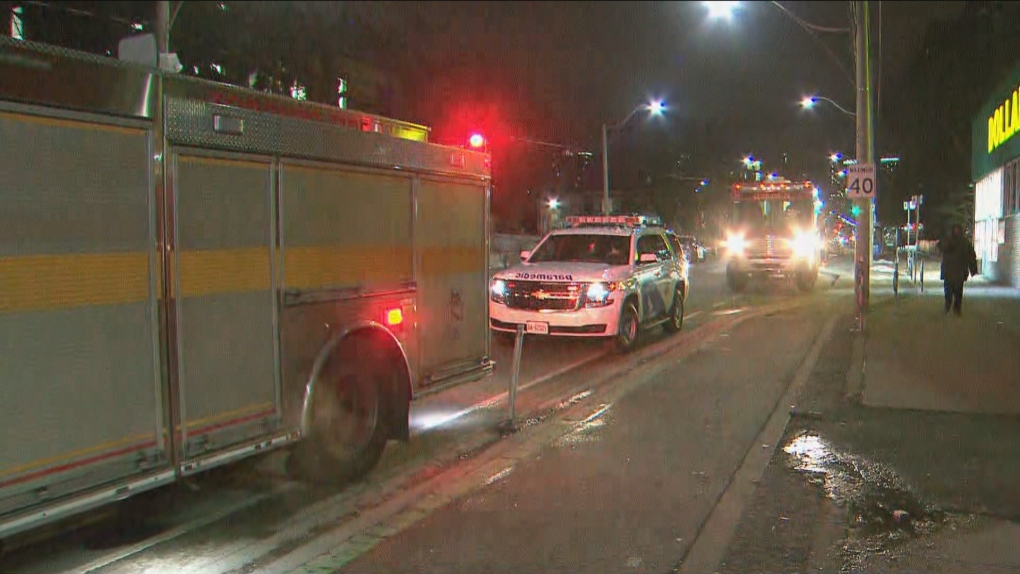 A two-alarm fire at a downtown highrise sent one person to hospital in critical condition.

TORONTO -- One person is in hospital in critical condition after a two-alarm fire broke out at a downtown highrise on Thursday night.

Toronto Fire crews were called to a building at Sherbourne Street, north of Queen Street, just after 6:30 p.m. for reports of a mattress fire inside a unit.

When firefighters arrived, they located a working fire at a suite on the 14th floor.

Toronto Fire Chief Matthew Pegg told reporters that crews made a quick entry into the unit and began a search and rescue.

Pegg said a lone occupant was located and was immediately brought down. The person was without vital signs and was rushed to a hospital via an emergency run.

Crews were able to put out the blaze and contained it in the suite, Pegg said.

Pegg said there would be an investigation into the origin and circumstances. The Office of the Fire Marshal has been notified.

Preliminary observations suggest that the building performed well and our @Toronto_Fire crews successfully contained the fire to the suite of origin. A full origin, cause and circumstances investigation will take place.