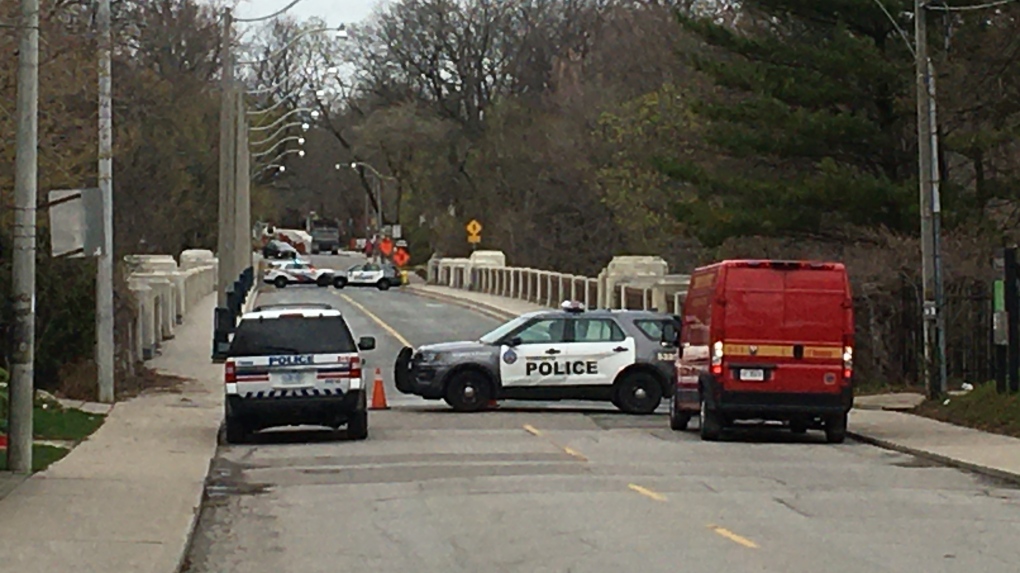 Police and firefighters are on the scene of a fire at a homeless encampment in Rosedale. (Ken Enlow/ CP24)

The city says one person was found dead this morning following a fire at a homeless encampment in Rosedale.

In a news release issued this morning, the City of Toronto said firefighters were called to a fire at an encampment near Mount Pleasant Road and Bloor Street East shortly before 8:30 a.m.

When they arrived on scene, one person was found dead by fire crews.

“A comprehensive investigation into the origin, cause and circumstances associated with this fire is underway in collaboration between Toronto Fire Services, the Ontario Office of the Fire Marshal and the Toronto Police Service,” the news release read.

The city says since the pandemic began, staff have been monitoring encampment sites and removing dangerous materials, including propane tanks.

“While there has been a moratorium on clearing encampments, the city’s Streets to Homes outreach teams have also continually been out, checking on people living outside and offering services, such as housing options,” officials said in the news release.

On behalf of all of us at @Toronto_Fire, I extend my sincere condolences to the family, friends and all those impacted by this morning’s fatal encampment fire. The investigation into the origin, cause and circumstances of the fire is underway.

The deadly incident comes just days after the city announced its plan to house people living at homeless encampments.

The buildings house a total of 125 fully furnished units and give residents access to laundry, free Wi-Fi, and cable television.

Tory said Wednesday that some had already moved in and many more would be moving in the coming days.

The mayor said people living in encampments have been given prioritized access to the units.

“Our goal is to house people, and as we succeed in housing people… encampments will be cleared by city staff,” Tory previously said.

“This is about the spread and preventing the spread of COVID-19. I hope this will be a healthy and safe path to housing for people who need it right now.”