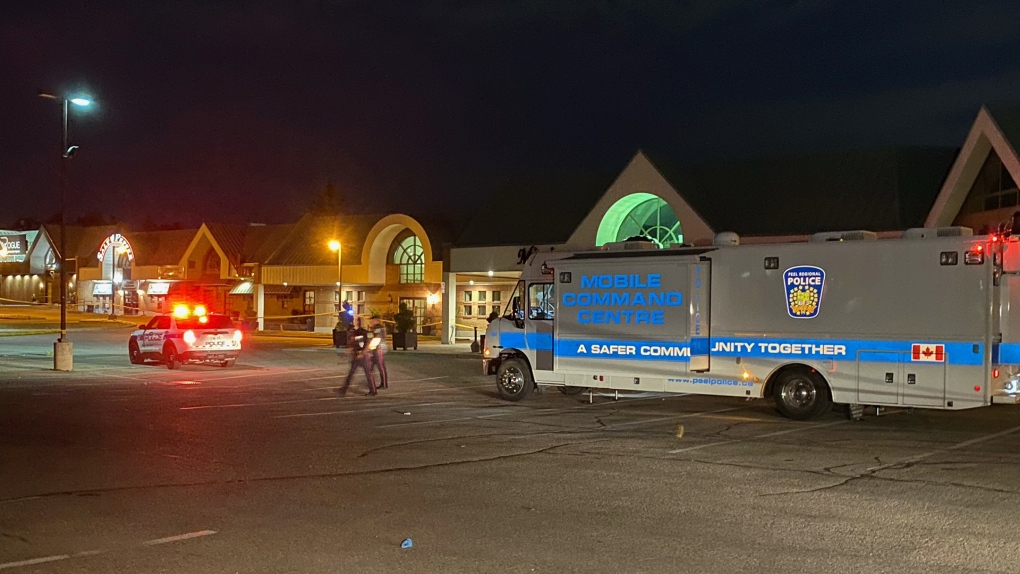 Police are seen outside a banquet hall in Mississauga after two people were stabbed on July 4, 2022. (Mike Nguyen/CP24)

One man is dead and another is in hospital after they were both stabbed outside a banquet hall in Mississauga early on Monday morning.

Peel Regional Police say they were called to Mississauga Grand Banquet and Event Centre at 35 Brunel Road in the Britannia Road and Hurontario Street area at 2:25 a.m. for a stabbing.

Const. Mandeep Khatra said officers found one man without vital signs on the pavement, suffering from “obvious signs of trauma.”

Police attempted to administer CPR to that man but he could not be revived and was pronounced dead at the scene.

A second man was taken to a hospital trauma centre for treatment.

Suspects involved in the incident fled before police arrived.

Investigators wearing coveralls were focused on the south west corner of the banquet hall's parking lot.