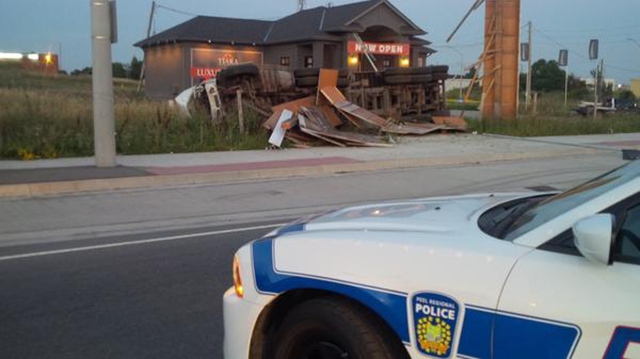 A 33-year-old man from Toronto has died after a two-vehicle crash in Brampton involving a dump truck and a vehicle.

Const. George Tudos of the Peel Regional Police says the crash happened in the Highway 50 and Fogal Road area at approximately 7 p.m. He says the driver of the vehicle was pronounced dead at the scene, and the driver of the truck suffered minor injuries. He was taken to a local hospital.

Police say Hwy. 50, between Queen Street East and Ebenezer Road, was closed as they investigated the crash.

"Our major collisions bureau will be doing a full investigation and we will be speaking with witnesses who saw exactly what happened here," Tudos told CTV Toronto.