One person dead after car crashes into gates outside Exhibition Place 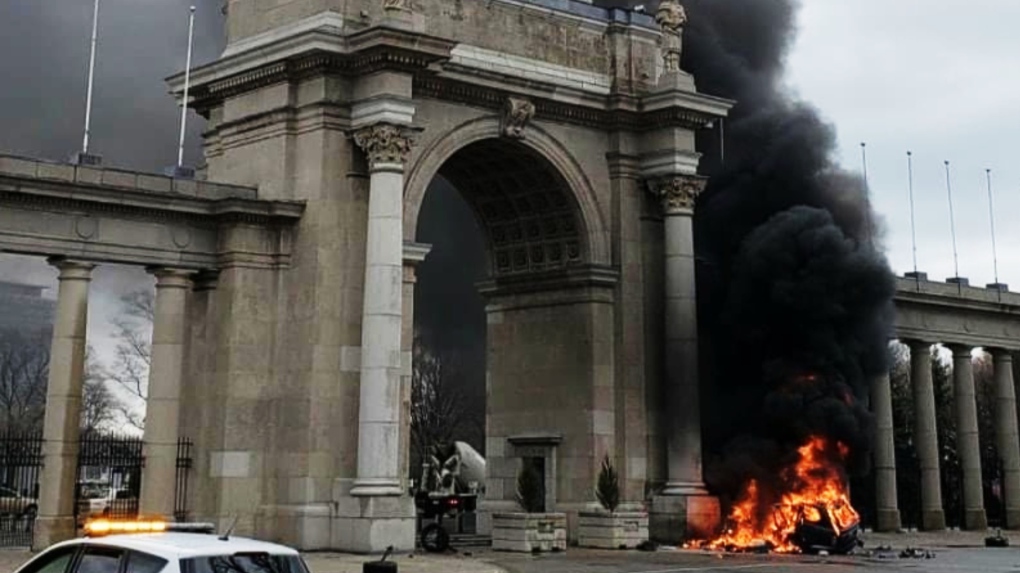 A car is seen burning outside Princes' Gates in Toronto on March 30, 2020. (Submitted)

TORONTO -- One person has died after a vehicle slammed into the Princes' Gates at Exhibition Place and burst into flames Monday.

Toronto Fire said at least one person was inside the vehicle when crews arrived at the scene.

That person was subsequently pronounced dead at the scene, Toronto Paramedic Services says. There was no immediate information about the age or gender of the person.

No other vehicles appear to have been involved.

It’s not yet clear what caused the collision.