One person critical after car and bus collide on Hwy. 401 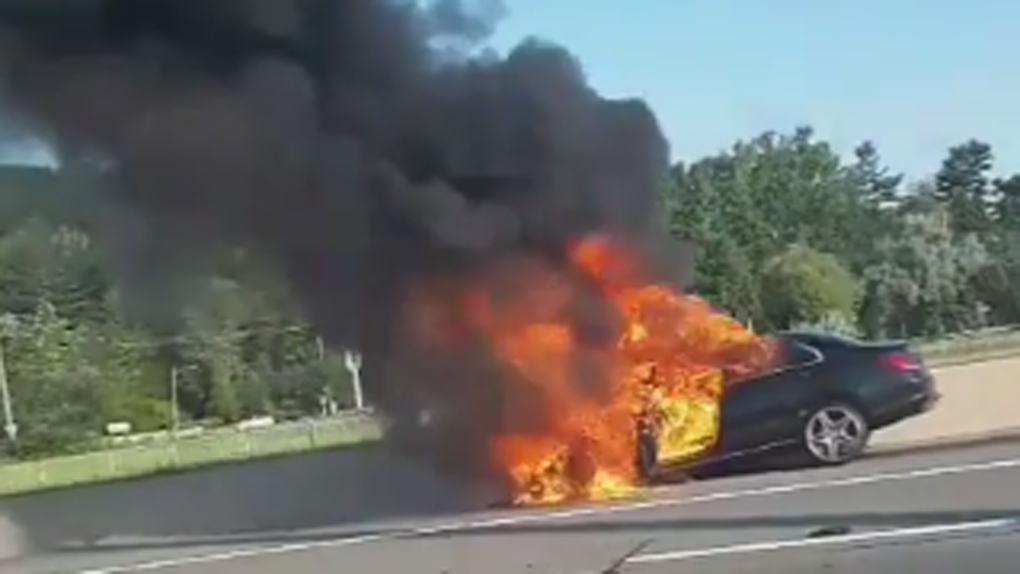 A burning vehicle is pictured following a collision in the westbound express lanes of Highway 401 near Port Union Road Sunday August 4, 2019. (@mandeebaaby /CP24)

A 29-year-old man has been airlifted to hospital with life-threatening injuries after a car collided with a bus and burst into flames on Highway 401.

It happened in the westbound express lanes of the highway near Port Union Road shortly before 8 a.m. Sunday.

Images sent to CP24 from the scene showed a vehicle engulfed in flames on the side of the highway.

OPP Sgt. Kerry Schmidt said a car went into the back of a bus in an incident that was "high speed in nature." The sedan then collided with the guide rail.

The driver, who was not wearing a seatbelt, was pulled from the vehicle before it caught fire, Schmidt said.  He was critically injured and was airlifted to hospital to be treated.

The bus was not carrying any passengers at the time and nobody else was injured, Schmidt said.

A collision reconstruction team is expected to attend the scene.

The express lanes of the highway remain blocked in the area as police investigate the crash.