One of two suspects wanted in fatal stabbing now under arrest 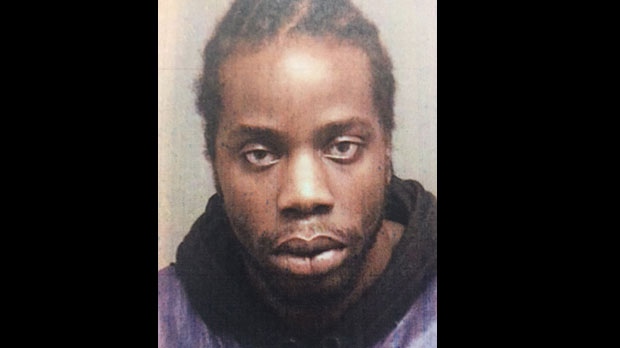 Police in Toronto have arrested one of two people wanted for their alleged role in the stabbing death of a 54-year-old man in Weston.

David Blacquiere died on Nov. 14 after he was stabbed repeatedly outside a Shoppers Drug Mart store in the Weston Road and Lawrence Avenue West area.

Police have released few details on the circumstances surrounding the murder but were able to identify three suspects in the days following Blacquiere’s death.

They arrested a 16-year-old girl in North York last week after alleging that she helped the primary suspect after the incident.

She was charged with being an accessory after the after to murder but cannot be identified due to the provisions of the Youth Criminal Justice Act.

On Tuesday, police announced that a second suspect had turned himself into police in connection with the murder.

Demetrius McFarquhar, 24, has been wanted on a Canada-wide warrant since Nov. 24.

He has since been charged with being an accessory after the fact to murder, attempting to obstruct justice and failure to comply with recognizance.

McFarquhar is due to appear on the charges in a Toronto courtroom this morning.

Police say an 18-year-old suspect identified as Christopher Enrique Gordon is wanted on a Canada wide warrant for second-degree murder. Police consider Gordon to be “armed and dangerous” and urge anyone who spots him to call 9-1-1 immediately.