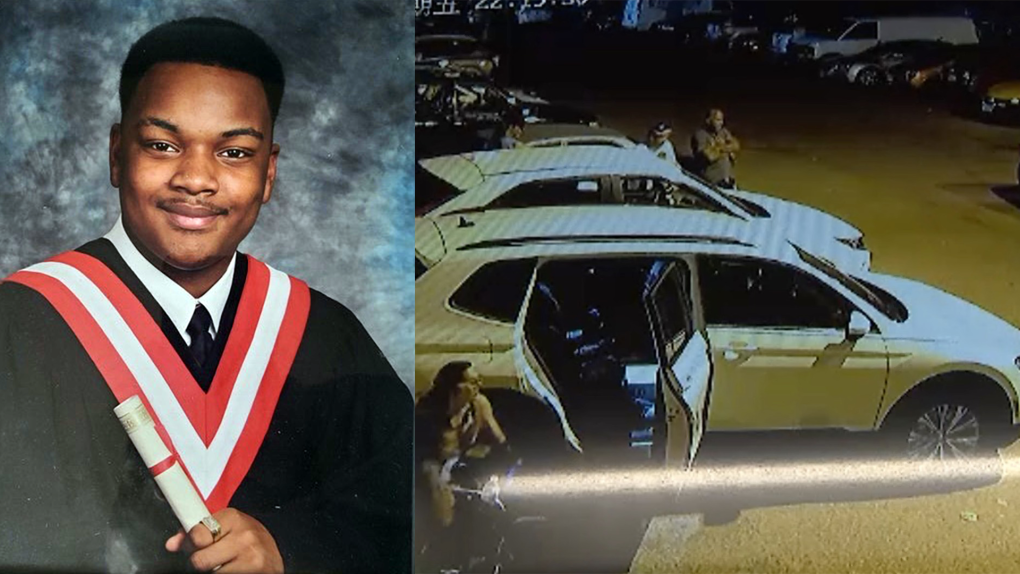 TORONTO -- One of five people stuck by bullets in a brazen drive-by shooting caught on surveillance camera in Toronto on Friday night has succumbed to his injuries in hospital.

Surveillance footage obtained by CTV News Toronto shows a group of people gathered in a parking lot at 251 Woolner Avenue, in the Jane Street and St. Clair Avenue area, at 10:20 p.m. on Friday.

A dark coloured sedan with blue headlights approaches and seconds later, gunfire erupts off the frame and people, including a child, duck and cower behind vehicles.

Investigators say at least one suspect inside the vehicle shot “indiscriminately” at people outside.

Three victims suffering gunshot wounds were located by police and paramedics at the scene, and two others made their own way to hospital.

One of those victims, 21-year-old Mohamed Sow, suffered critical injuries.

Sow died of those injuries in hospital on Saturday evening, police said.

Four other people injured in the shooting are expected to recover.

Investigators say they are looking to speak to anyone who has not yet come forward to them.