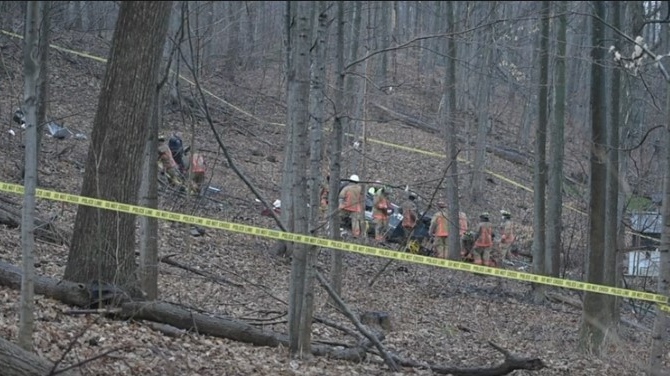 Emergency crews respond after a vehicle plunged over an escarpment in Hamilton Wednesday, March 30, 2022.

One female occupant has been pronounced dead after a vehicle drove off an escarpment in Hamilton Wednesday evening.

Emergency crews responded to the area of Ridge Road and Second Road East around 5:30 p.m. for a collision call.

Hamilton paramedics said a vehicle went over the escarpment and that one person was trapped inside.

Paramedics later confirmed that one female had been pronounced dead at the scene. Their age is not yet clear and it is not known if they were the driver.

Images from the scene showed a severely damaged vehicle resting on its roof in a wooded area.

Hamilton police said they would provide more information later in the evening.

People are being asked to avoid the area for the time being.