One dead, two others hurt after collision in Toronto

One dead, two others hurt after collision in Toronto 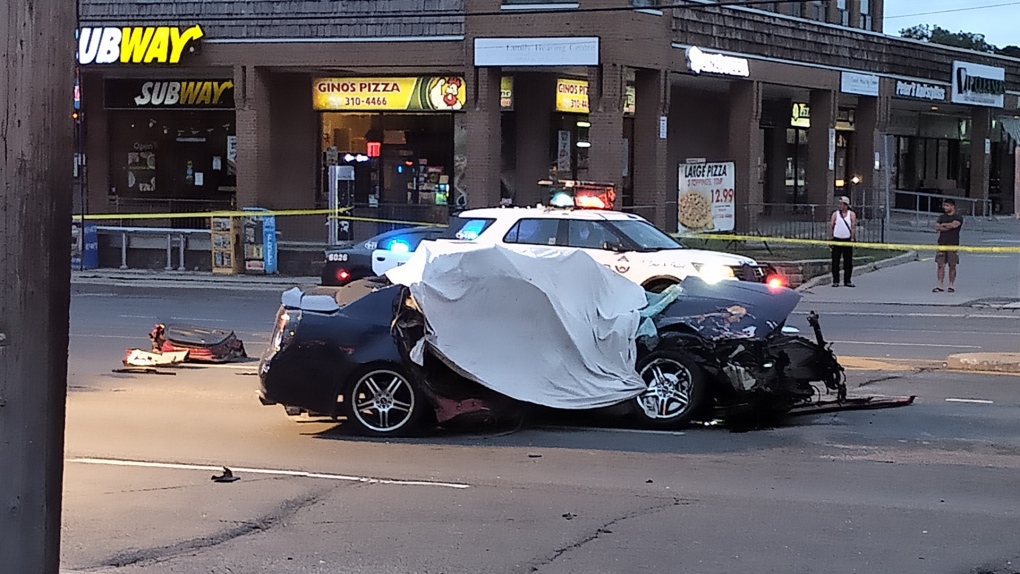 A badly damaged vehicle is seen after a crash at Bathurst Street and Steeles Avenue West on Aug. 9, 2022. (Bob Delson)

One person is dead and two others are in serious condition after a two-vehicle collision on the border between Toronto and Vaughan on Tuesday morning.

Emergency crews were called to Steeles Avenue West and Bathurst Street sometime before 6:30 a.m. for a report of a two-vehicle crash.

One person was pronounced dead, paramedics said, while two others were rushed to hospital trauma centres in serious to life-threatening condition.

Toronto police said a collision reconstruction team was sent to the scene.

The intersection was closed to allow for the investigation.

Both TTC and YRT buses are not stopping in the impacted zone as a result.