One dead, six in hospital after fatal QEW crash in Mississauga 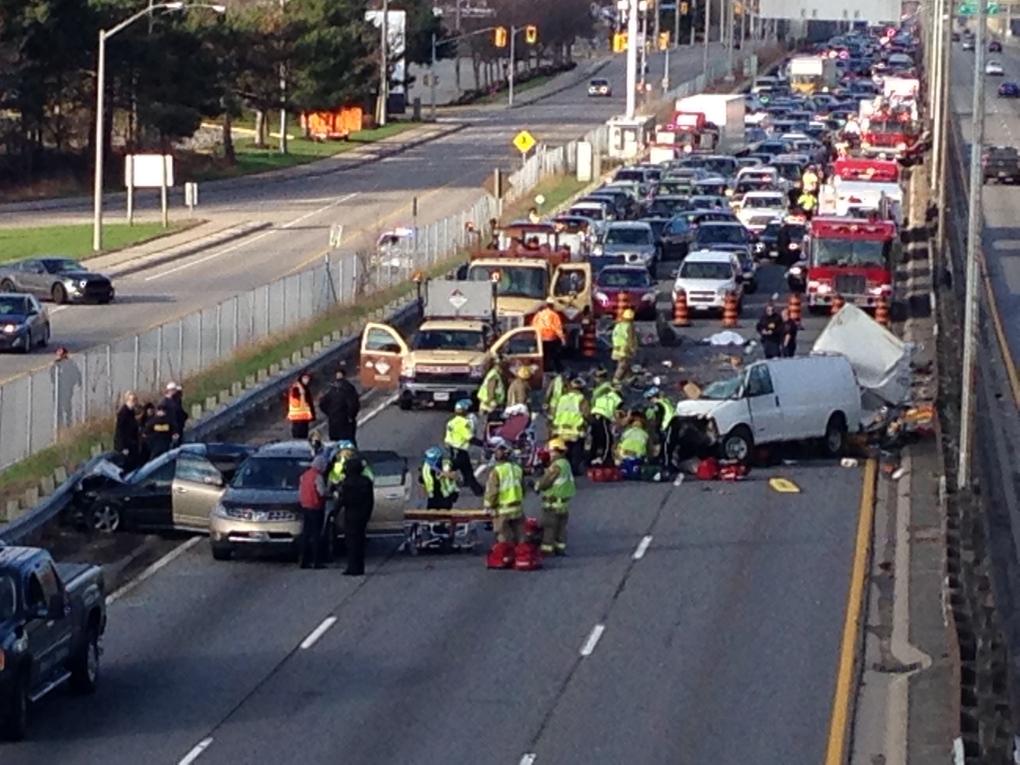 Emergency personnel attend to victims of a crash in the QEW's eastbound lanes Sunday, May 4, 2014. (Photo courtesy of Manny Cordeiro)

One man is dead and another is seriously injured after a multi-vehicle crash shut down part of the eastbound QEW in Mississauga on Sunday morning.

The driver of the van, a 25-year-old man from Beeton, was also thrown from the vehicle and is in hospital with serious injuries, according to police.

Five others were treated in hospital for minor injuries, police said.

The MTO vehicle was one of two on the highway to protect a disabled vehicle in the right lane, police said. FIve vehicles were involved in the crash, including a tow truck.

A witness at the scene told CP24 that she saw the van weaving through traffic before the collision.

All eastbound QEW lanes between Dixie Road and Cawthra Road were closed for several hours as crews worked to clean up the wreckage.