One dead, another in serious condition after house fire in Oakville

A man is dead, and a woman is in serious condition after they were pulled out of a burning house in Oakville on Sunday night.

Emergency crews were called to Princess Anne Crescent, near Kerr Street and Speers Drive, at around 8:35 p.m. after neighbours saw smoke billowing out a residence.

Glynn said crews faced heavy smoke and extreme heat as they quickly knocked down the blaze. 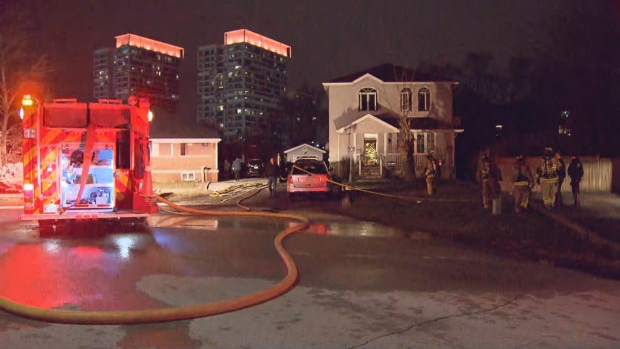 Following a search of the residence, two occupants were located and removed from the home. Both victims, a man and a woman, were rushed to a hospital in serious condition.

The male victim later died in hospital, police said. The woman remains in the hospital.

Glynn said did not find anyone else in the residence.

The Office of the Fire Marshal has been notified and will take over the investigation.

The cause of the active fire is unknown. Anyone residing or travelling to the area of Princess Anne between Bartos and Kerr, please be mindful of emergency services personnel in the area. A media release has been issued and additional info will be provided when available. ^es