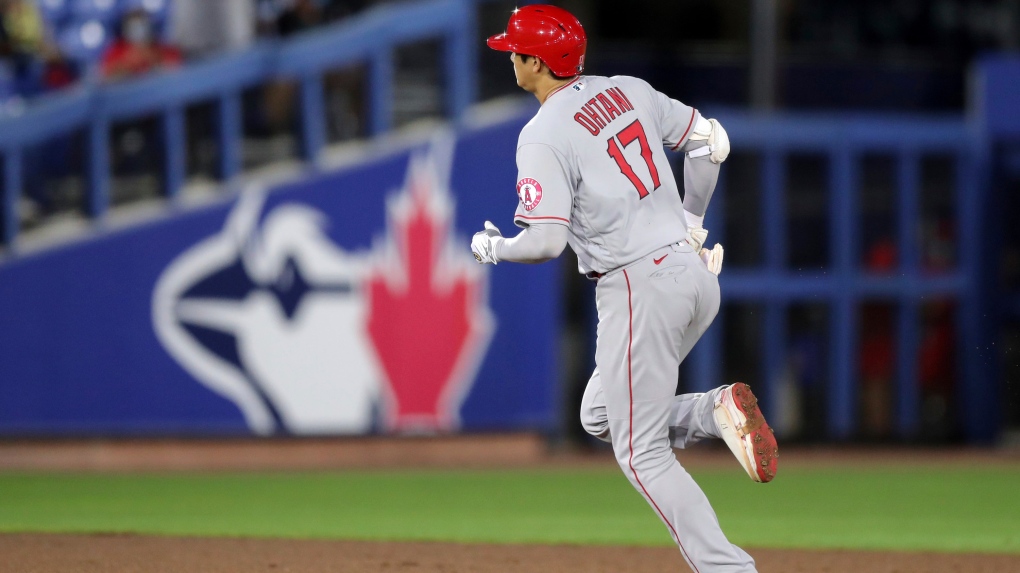 Ohtani completed a four-run second with a three-run double to deep right-centre off T.J. Zeuch. He also connected for a 422-foot solo drive to centre during Los Angeles' three-run fifth.

Los Angeles right fielder Dexter Fowler left in the second inning with a left knee contusion after stepping awkwardly on second base on David Fletcher's run-scoring fielder's choice. After being on the ground for several minutes, Fowler was able to walk to a cart that took him off the field.

Maddon thinks it is possible that the Angels won't need to make a roster move following Fowler's injury.

The Angels had scored the winning runs in their final trip to the plate in each of their first five victories this season.

Marcus Semien, who had two of Toronto's five hits, scored on Chris Rodriguez's wild pitch in the eighth.

"We've just got to relax a little bit and get good pitches," Toronto manager Charlie Montoyo said. "As a team, we're expanding the zone a lot and we're paying the price."

The Blue Jays and their Triple-A team in Buffalo announced a joint multimillion dollar renovation project to prepare Sahlen Field for expected big league games later this season. The project will have the minor league team begin its season next month in Trenton, New Jersey. The Blue Jays played home games in Buffalo last year due to the ongoing Canada-US border closure. Toronto is scheduled to remain at TD Ballpark through May. No date has been set for a Blue Jays move to Sahlen Field.

Angels: Ohtani, who had his pitching start this weekend pushed back due to a blister on his right hand, threw in the outfield before the game. "We want to make it well-well," Maddon said. The session included long tossing. "Feels much better," Ohtani said through a translator. ... RHP Alex Cobb had his start moved back one day to Sunday due to a blister.

Blue Jays: Placed OF Teoscar Hernandez on the injured list after he was exposed to someone with a positive coronavirus case outside of the team. LHP Ryan Borucki also went on the injured list with vaccine side effects, which included a fever and fatigue. LF Lourdes Gurriel Jr. left after two innings with vaccination-related symptoms.