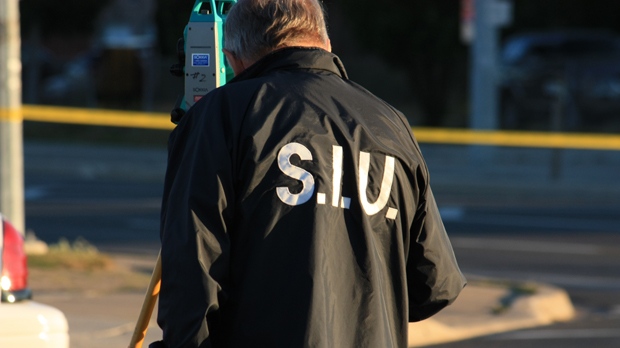 A member of Ontario's Special Investigations Unit is pictured in this file photo. (CP24/Tom Stefanac)

NIAGARA FALLS, Ont. -- A police officer has been charged after a man and woman were injured when a marked cruiser struck their SUV from behind in Niagara Falls, Ont.

The province's police watchdog says Robert and Christine Long were travelling (on Montrose Road near Charnwood Avenue) in their Nissan Rogue in the city's west end when the collision occurred early in the evening on Jan. 19.

The SIU says Bittman is due in court on June 26.