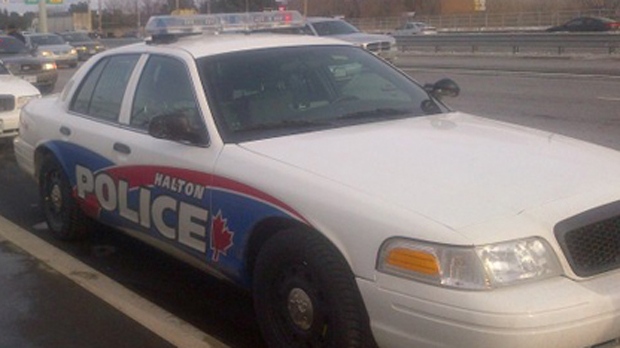 A 50-year-old Oakville woman is facing charges after a dog in her care was allegedly observed being punched and kicked on Monday night, and a Good Samaritan who intervened on behalf of the animal was assaulted as well.

Halton Regional Police say that on Monday night, a woman was seen walking her dog in the area of Lakeshore Road West and Nelson Street when several callers told police they witnessed her punching and kicking her dog.

Police said witnesses told them the animal was on a leash and was “not acting aggressively.”

Several people intervened to get the dog away from the woman, and investigators said one of the Good Samaritans was punched “in the face with a closed fist.”

Officers detained the woman and placed the dog in the care of her relative.

A suspect identified as Stephanie Moore was charged with one count of assault and one count of causing unnecessary suffering to an animal.

She was also given a provincial offences citation for public intoxication.

She was later released on a promise to appear.