Concerns are being raised about the sale of a screwdriver that looks like a replica handgun available at a popular auto retailer across Canada.

On Aug 19, Canada will temporarily ban the import of restricted handguns as a measure to try and prevent gun violence. Originally the federal government wanted to go even further and also ban look-alike gun toys.

The 3.6 volt cordless screwdriver gun sells for $17.99 through Princess Auto stores and even though it’s painted blue and the store calls it a novelty item it looks like the real thing.

A concerned viewer saw a flyer for the item and contacted CTV News Toronto saying they felt the product should not be sold and should be removed from store shelves.

CTV News reached out to Princess Auto and asked if they have had any complaints about selling the item and if they have any concerns selling a screwdriver that looks like a handgun. 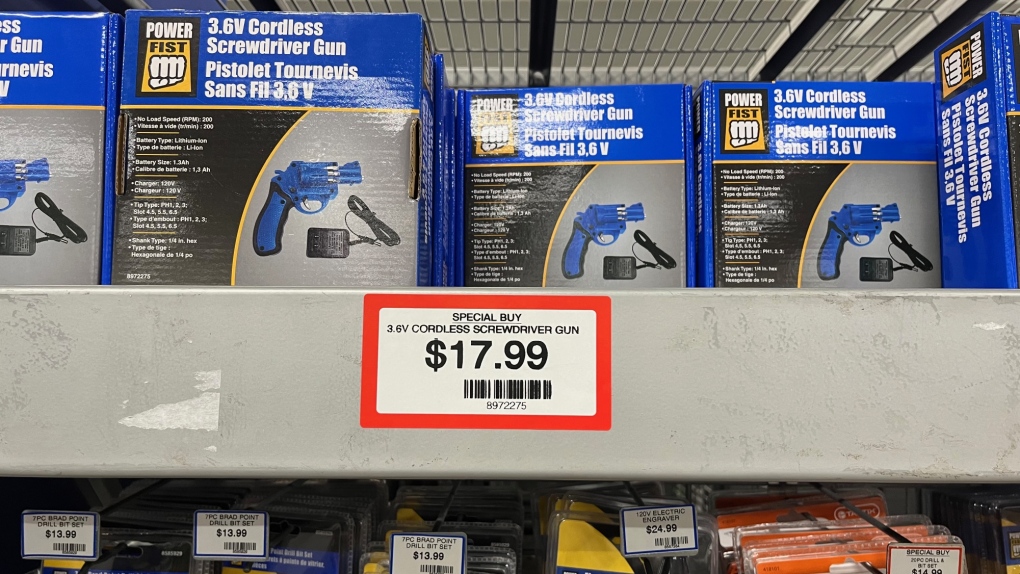 A screwdriver shaped like a handgun sold at auto shops across Canada.
Heather Turnbull-Smith, Vice President, Learning & Corporate Communications with Princess Auto said, “Our 3.6V Cordless screwdriver gun is considered a novelty item. The screwdriver has been modified from the original manufacturing specifications of black to blue to further highlight the original intention and make it even less realistic.”

“From its side, the bits for the screwdriver are easily visible, further highlighting its intended use. From the front, there is no barrel. There is a keyless chuck, in place of a barrel, to place the bit. The sticker on the front indicates that the product is a screwdriver.”

Turnbull-Smith added, “Like all our products, we stand behind them and customers can return or replace anything that they are unhappy with.”

CTV News also reached out to the Toronto Police Service and Media Relations Officer P.C. Cindy Chung said, “In general, we would not recommend purchasing an item that could be mistaken for a gun or that is designed to look like a replica of a gun. This could potentially result in a dangerous situation for both officers and the person using the item.”

CTV News purchased the item to ask the public what they thought of it and many people we spoke with in Toronto had concerns about how much it looked like a real firearm. 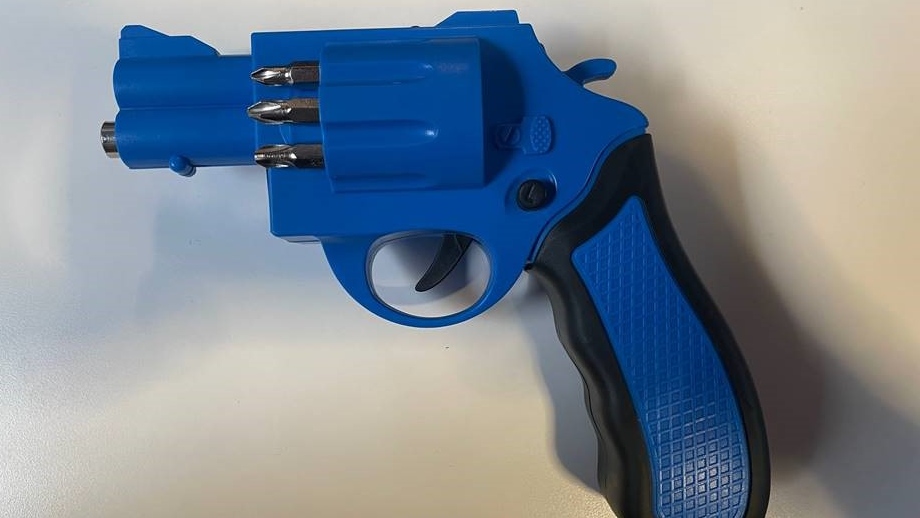 A screwdriver shaped like a handgun sold at auto shops across Canada.
“This looks very unnecessary. It almost looks like a toy, but I don't know what they were thinking when they designed this," said Zack.

John said, “I think there would be too many people that would try to use it as a gun."

Harold added, “Why would you make something that makes a screwdriver look like a handgun? It's just not safe."

Victoria looked at the screwdriver gun and said, “I really don't think this is something they should bring to market."

Hanan weighed in: “I'm very much against guns so having a product that looks like a gun but isn't, I think if I was to see someone holding it, I would freak out."

While a product that looks like a gun or toy guns could seem harmless, police say they pose a challenge because fakes look like real firearms and in a fast moving situation police need to treat them as real which could lead to tragic circumstances.

A former policeman burst into a day care centre in northeastern Thailand on Thursday, killing dozens of children and teachers and then firing on more people as he fled in the deadliest rampage